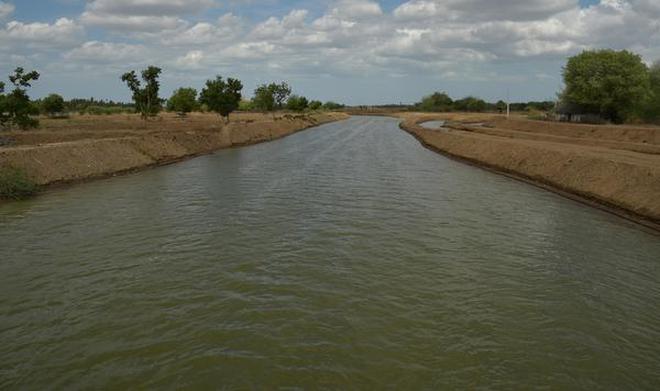 Poonkuzhali felt on top of the world when she heard what the Prince said.

“Oh Prince, I am not any celestial being. I am just a poor sailor girl.”

“I will not accept that. You are the daughter of the God Varuna. You are Samudra Kumari. How many times have you rescued me? I do not know how to repay you.”

“Princess Kundavai has sent a message to take you to the Choodamani Viharam at Nagapattinam. The message came through my athaan, Sendhan Amudhan.”

The Prince smiled, “Aha. My sister has changed her mind about making me an Emperor. I am so glad. I will go to the monastery, and become a Buddhist monk. I will then travel the world and spread their teachings. Come, Poonkuzhali, let us go.”

At that time, they heard a scream from far away.

“Who is that? It sounds like a person in distress. We need to save that person,” said the Prince. It was clear that he was hallucinating. He tried turning around and running, but collapsed.

The three of them helped the Prince into the boat.

Vandhiyathevan said, “I will take leave of you all. It is your responsibility to take the Prince to Nagapattinam safely. I will hike to the Kuzhagar temple, and sleep for a bit, before starting my long journey tomorrow.”

Poonkuzhali gave him the prasadam from the Kuzhagar temple – “Here, eat this, and sleep.”

“What about you all? You all haven’t eaten either. What will you do?”

She said, “When dawn breaks, Sendhan or I will stop by one of the numerous villages enroute, and get some food. Your case is different. You need to get to Pazhayarai without being seen by anyone, quickly.”

They heard the scream once more.

Poonkuzhali got up, “No. I cannot do this. The Prince will never forgive me, if I leave the magician in the quicksand pit. I need to save him. Amudha, stay with the Prince. I will be back in no time.”

She hopped off the boat, and ran. Vandhiyathevan followed her. When they reached the quick sand pit, they could not find Ravidasan. The long cloth was still there. Could he have died?

“Don’t worry, Poonkuzhali. I am sure Ravidasan would have escaped. He is a dangerous man.”

The two of them stood there staring at the quicksand. She had tears in her eyes. Soon, they realised there was no point standing there and started to turn back. On their way back, they saw two dark figures peering at the canal waters.

Poonkuzhali pointed to the two figures and whispered to Vandhiyathevan – “Do you see those two people? One is the magician and the other is my sister-in-law. And they are looking at the canal waters. I hope they do not spot my boat.”

At that very moment, the magician heard the two of them, turned back, and ducked under the bushes.

They walked a little bit, and sat down near the canal. They made sure that the magician and Raakkammal could hear them well.

“Poonkuzhali, why are you sad? Good that the magician is dead.”

“What a brutal death!”

“I will go to Nandini Devi and tell her that you drowned the magician. There are no witnesses to the crime that I did. She will definitely proclaim a brutal death sentence for you. If you do not want me to do that, you need to do as I tell you to.”

“Get on to that boat that Amudhan is coming in, and head straight to Lanka. Go there, and grieve about the Prince there. I do not want you here anywhere on the mainland.”

“Paavi! Why did you kill the Prince?”

“I will tell you. The Prince and his sister are trying to grab the kingdom from my master Aditya Karikalan. Any enemy of my master’s is my enemy too.”

Poonkuzhali jumped into the boat and paddled away. Vandhiyathevan waited until the boat was out of sight, and got up.

At that moment, there was rustling in the bushes behind him. Ravidasan stepped out of the vegetation, and laughed a maniacal laughter.

Vandhiyathevan pretended as though he was startled.

“Ghost!!!!” he cried and ran through the forest towards the Kuzhagar temple.