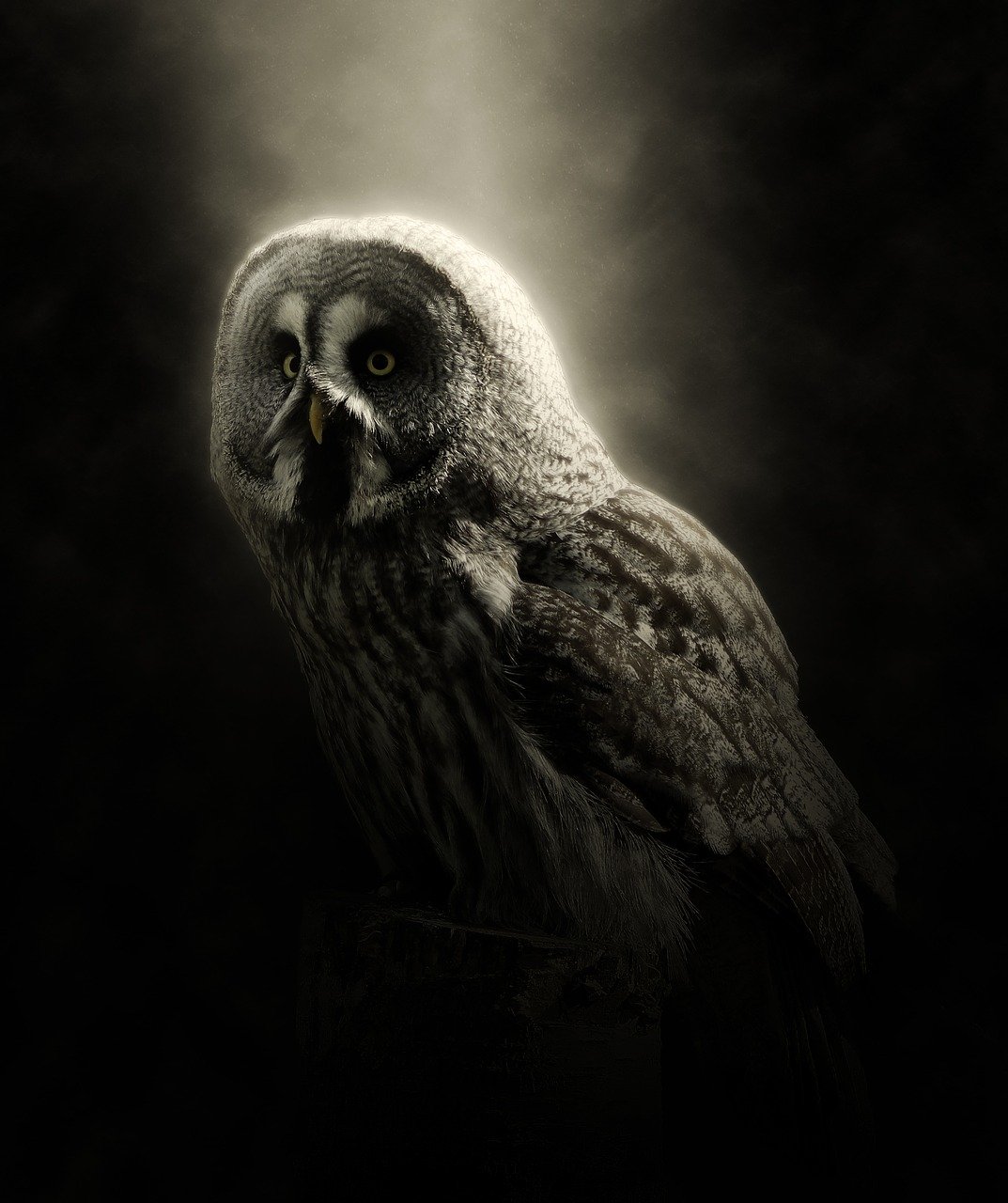 Poonkuzhali stopped running and turned around. And at that exact moment, she heard a mellifluous song start – “Ponnaar Meniyane…”.

She broke into laughter. She recognised Sendhan Amudhan’s voice. “Athaan, is that you? Come forward. I cannot see you in the dark.”

He came closer. “How are you, Poonkuzhali? I came to Kodikkarai and could not find you. I have been searching for you. And today, I chanced upon you and started following you.”

He continued singing as he came nearer, “Pitthaa Piraisoodi…”. He motioned to her that someone else was following. He whispered to her, “There is one more person following you. He and your sister-in-law were talking secretly earlier today.”

And he spoke loudly, “Why don’t you also sing?”

She laughed and started singing as well.

“How did you know that I was around here?”

“I saw your craft from the top of the lighthouse, but you did not land on the beach. I guessed you would have come in this way. I also saw a few Pazhuvettarayar’s men. When I was coming around here, I saw my friend Vandhiyathevan and the Prince. I warned them about the men. Vandhiyathevan and I carried the Prince to the hidden mandapam.”

And he said loudly, “Why did you stop singing? You sing so beautifully.”

“I have forgotten the lyrics, Amudha. Do you remember them?”

He said, “Yes, I do remember.” And he completed the Devaram song.

She said in a whisper, “Do you think my follower is still around?”

“After I stopped, I did not hear footsteps. He must be lurking somewhere nearby. Do you know him?”

She said loudly, “Of course, I know. Who does not know the lyrics of Sundarar’s song about the owls of Kodikkarai?” And she broke into a Devaram song again.

She continued loudly, “The owls that frequented these forests during Sundaramoorthy Swamigal’s time, are still here. But these days, there are also people who make these owl sounds.”

She then let out three hoots like an owl.

The magician Ravidasan stepped out of hiding and laughed hideously.

“Tell me where you have hidden the Prince and that Vallavarayan.”

“The Prince and the warrior are dead. They washed ashore Boodha Theevu dead. I had the misfortune to bury them there.”

“You are lying. I will use my magical powers and burn you in this very spot.”

She acted as though she was very scared. And then she started running. Ravidasan started to follow her. And Amudhan tried following him. She ran like a deer, like always. No one could catch up with her. She ran in the direction right opposite to the hidden mandapam. She ran up a small hill. Ravidasan was unable to catch up with her, and stopped panting. She stopped at the top of the mound, turned around and said loudly, “Come, come and see my lovers.”

Behind her were the sulphur pits, fire rising and falling from the embers. The same pits that she had shown Vandhiyathevan earlier. Ravidasan shook with shock.

“If you know magic, try and drive away these kolli vai pisaasus.”

Anger rose in the magician and he screamed, “Girl, you brought me here to show me this? I thought you were bringing me to where you had hidden the Prince.”

“You did not believe me when I told you they were dead.”

“What proof do you have?”

“Look at the sky. Don’t you see the waning tail of the comet? Don’t you know that it signifies the greatest misfortune to this great land?”

Ravidasan was fuming with anger, and ran behind her irrationally. He wanted to strangle and kill this girl.

Poonkuzhali ran in the direction of the sulphur pits, and suddenly stopped. She took a few lithe steps to the side. Ravidasan could not stop in time. He tried turning around and catching her. But he could not. He could not move his legs. Quicksand enveloped his feet and he was sinking deeper.

Poonkuzhali laughed aloud. “Try using your magic to come out.”

He tried pleading with her to help him come out. She kept laughing.

Sendhan Amudhan caught up, at last.

“Why? Do you want to see him die, and then leave?”

“Athaan, he tried to kill me.”

“For his bad deeds, God will punish him.”

Poonkuzhali took a long piece of cloth from Amudhan, tied it to a thin shrub and tossed the other end to the magician.

“Hold on to this cloth. If you pull too hard, you will definitely sink. If you just hold on, you will be alive. Once dawn breaks, someone who passes by this way, will help you out. Do not attempt to come out by yourself. You will surely die.”

She pulled Amudhan by the hand and started walking, leaving behind the screams for help.

After walking a safe distance, she asked, “It was perfect timing that you came by. How did you end up in Kodikkarai?”

“After the experience in Thanjavur’s underground dungeons, I did not like living there. Soldiers and spies kept coming and going. Princess Kundavai summoned me once, and gave me a missive. She asked me to tell Vandhiyathevan that the dangers surrounding the Prince have increased significantly, and to take him to the Choodamani Viharam Monastery at Nagapattinam.”

“Yes. Not only are his enemies surrounding him, he now has a tropical fever too.”

“Hmm. I saw that, when we were moving the Prince to the hidden mandapam. The Buddhist monks of the Choodamani Viharam are well versed in medicine, and will cure the Prince.”

“I wonder how we can transport the Prince to Nagapattinam. We can take the canal, but my boat is small, and cannot take all of us.”

“We have already discussed and decided. Vandhiyathevan will head from here to Pazhayarai. You, me, and the Prince will travel to Nagapattinam. Come, let us go to the mandapam now.”

They reached the mandapam and Sendhan Amudhan clapped loudly twice.

Vandhiyathevan said in a hushed tone – “Who is it?”

“This is Amudhan. And I have Poonkuzhali with me.”

“Come. But be silent. The Prince is sleeping now.”

“Some time back, one more person came around here. I thought it was you, and peeped out. Just at the right moment, I heard you singing in the forest. And he turned around and went in your direction. Did you also see him?”

Amudhan responded, “Yes, we did. Poonkuzhali left him in a quicksand pit waist-deep.”

Vandhiyathevan smiled and said, “We heard Poonkuzhali sing also. The Prince seemed to gain some consciousness and asked who was singing. I told him that it must be you.”

Vandhiyathevan replied, “Yes, yes. We heard that too. I was wondering if the two of you were romancing in the forest.”

Poonkuzhali angrily responded, “Enough of this chit-chat. We cannot stay here beyond this night. We have attracted enough attention. We need to leave right now, and row through the night.”

They could hear the sound of wolves in the distance. Amudhan could imagine the magician stuck in the quicksand, surrounded by wolves.

The three of them carried the Prince back to the canal shore to where they had hidden the boat. Amudhan and Vandhiyathevan had sunk the boat inside the water, so that no one would be able to see it. They now pulled it out and drained the water.

The Prince, who was now propped up against a tree, mumbled, “I am thirsty. Can someone give me water?”

Poonkuzhali fed him some milk that she had brought back from the temple priest.

The Prince sighed and said, “Poonkuzhali, is that you? It almost felt like a celestial being came from the heavens and gave me nectar.”