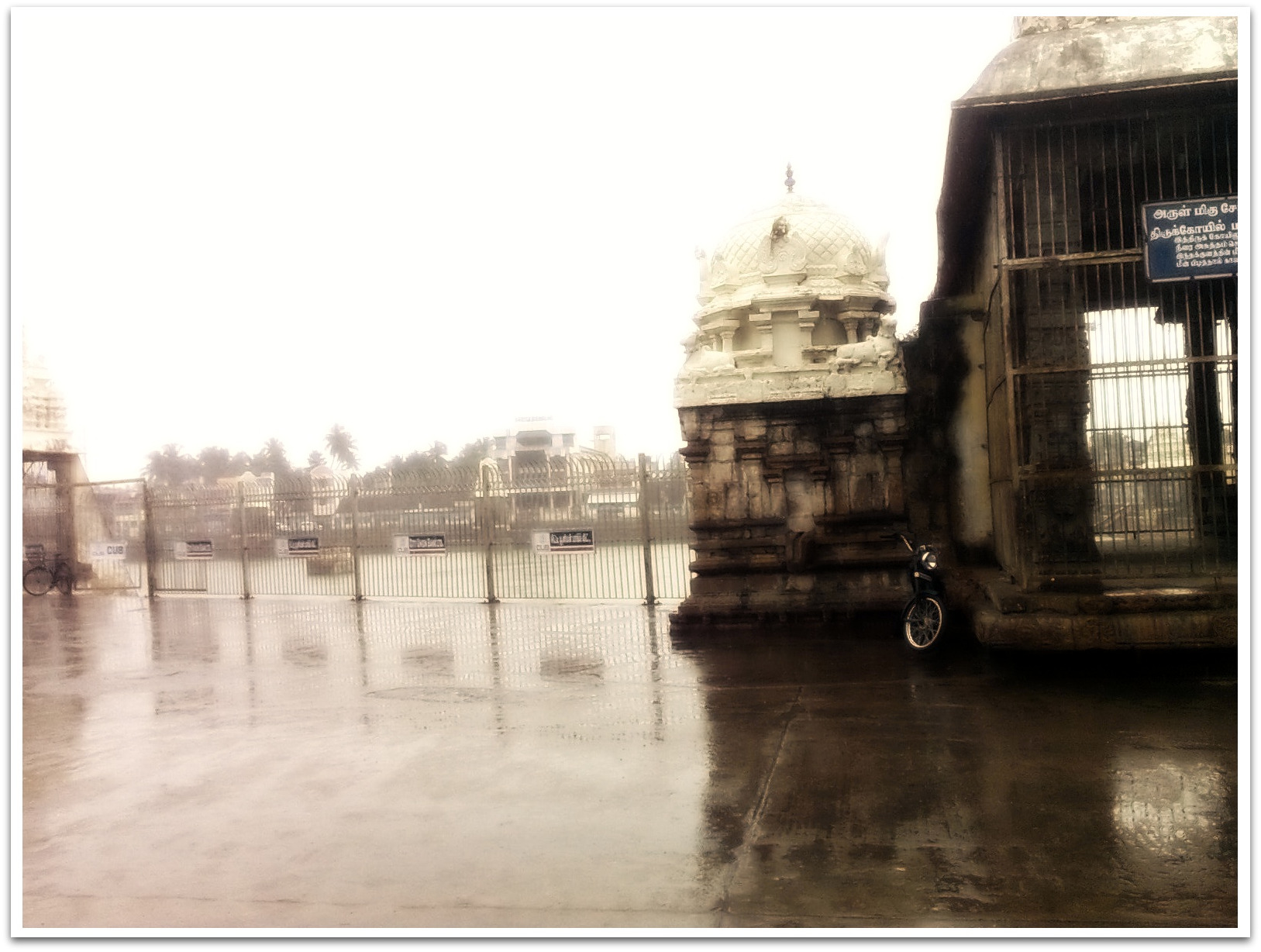 When Vandhiyathevan stepped into the Josiyar’s house, he felt a wave of happiness sweep over him. Memories of seeing Princess Kundavai for the first time there came flooding by. Her surprised eyes and her sweet voice were etched in his memory. He smiled.

The astrologer was getting ready for his evening prayers.

“Yes, sir. Your predictions might not be that accurate, but your memory is perfect.”

“Yes. To practice astrology, you need to have a good memory. One needs to make calculations with the position of planets, their collusion, years, months, days, hours, minutes etc. By the way, you mentioned my predictions not being accurate. What do you mean? Did what I predicted not happen?”

“Sir, can you not predict that using your astrology?”

“Yes, I can do that also. But I am assuming that my predictions came true. Else, you would not have come back to my small house.”

“Yes. Your predictions were so vague that I could consider them as true or false.”

“By the way, where is your assistant? I remember fighting with him when he refused entry to me, the last time I came.”

“Today is the new moon day of Aippasi month. He must have gone to the Kollidam river banks. There is a big gathering of the Kalamugar Sangam today. He belongs to the Kalamugar clan.”

“Ayya, I am thinking of giving up Shaivism. I am planning to take deekshai from your friend Thirumalai, become a Veera Vaishnavite, and put naamam all over my body.”

“I saw some Kalamugars on the way. I hate the way they are always roaming around with skulls and bones.”

“You are a warrior. Why are you afraid of skulls and bones?”

“I am not afraid. I just find it weird.”

“Your master, Aditya Karikalan himself cut the head of Veerapandiyan and paraded it, didn’t he?”

“That was a different reason. He had taken an oath to do that. But then, he did not roam around with a skull garland. I wonder what the Kalamugars get from that?”

“That is their way of reminding themselves of the impermanence of life. That is exactly the reason why we smear thiruneer on ourselves too – to remind ourselves that all of us eventually turn to ash.”

“Josiyare, why does Lord Shiva hold a skull in his hand?”

“That is a different story. The skull in Shiva’s hands indicates the crushing of arrogance. There was once a time when Lord Vishnu and Lord Brahma went to Lord Shiva to settle a dispute on who is more powerful. Lord Shiva turned into a pillar of fire, and asked Vishnu and Brahma to find his feet and head respectively. Lord Vishnu took the Kurma avatar (the boar) and dug deep into the earth. He came back after a while and told Lord Shiva the truth that however deep he went, he could not find Lord Shiva’s feet. Brahma, on the other hand, wanted to prove that he was more powerful. He flew high on his swan and came back. He lied to Lord Shiva that he was able to spot Shiva’s locks of hair. Lord Shiva became very angry and plucked out one of Lord Brahma’s five heads as punishment for telling a lie. He still holds it to remind people that arrogance is a very bad virtue.”

“Appane, why are you laughing?”

“If that was true, then I would need about 15000 heads for Lord Shiva to pluck. That is the number of lies that I have had to tell until recently. After I met our dear Prince, I decided I will not tell any lies. I even tried telling a very important truth to some people, and they started making fun of me.”

“Yes, Thambi. These days people do not believe lies, leave alone the truth.”

“Anyway, do you remember what you mentioned about the Prince? You mentioned that he would live forever like the Dhruva star?”

“Did you not hear the news about the Prince? Does the Dhruva star also get drowned in the ocean?”

The astrologer looked into Vandhiyathevan’s eyes, “Thambi, the Dhruva nakshatram does not drown in water, but can definitely disappear temporarily because of a cloud cover.”

“Do you have any further news about him, josiyare?”

“I was going to ask you about that. People are telling that you were the last one with him, before both of you jumped into the water.”

“And, what about the Dhumakethu(comet) in the sky?”

“The tail is long, Appane. I feel it cannot grow longer. It will have to stop shortening and disappear. Whatever the ill effect of the comet, it is going to happen very soon. I fear something might happen to the royal family.”

Vandhiyathevan shuddered thinking about the bed-ridden Sundara Chozhar in Thanjavur, the Prince Arulmozhi suffering from the tropical fever in Nagapattinam, Prince Aditya Karikalan meeting the Pazhuvoor Rani in Kadambur, and Madhuranthakar, whose recent lust for the throne had angered the people.

“Josiyare, leave all that. Matters regarding the royal family should not be discussed by us. Tell me whether I will succeed in the task that I have currently been given.”

“Appane, what I told you earlier, is what I will repeat. You will meet innumerable dangers. You will also get help from unexpected quarters.”

At that time, Princess Vanathi and her aide walked in.

Vandhiyathevan got up and bowed in obeisance. “Devi, please forgive me. I did not know that you were coming. If I had known, I would not have come here.”