They moved on to the dilapidated mandapam. Vandhiyathevan whispered into Nambi’s ears, “This friendship with the Prince is becoming dangerous by the day. The other day he got into a fist fight with me, and today, a fierce sword fight.”

It is not right to accept the throne from the Buddhist monks. Religious emissaries should never interfere in politics. This would lead to problems in religion and in politics.

The monk looked in the direction of Prince Arulmozhi. The lamp was put off, and there was darkness again. In a few minutes, Vandhiyathevan noticed

The three of them reached the outskirts of Anuradhapuram when the sun was beginning to set. Vandhiyathevan was blown off his feet by the impressive city. He was awestruck by the size of the city, the height of the city walls, the grand mandapams, the beautiful stupas, and the overall grandeur of the city. He thought to himself that the three grand cities of Thanjavur, Pazhayarai and Kanchi were no match for this city. Perhaps Pataliputra of Ashoka, Ujjain of Vikramaditya or Kaveripatnam of Karikal Valavan may come close to the grandeur of this city. As they rode closer to the city, the crowds grew. 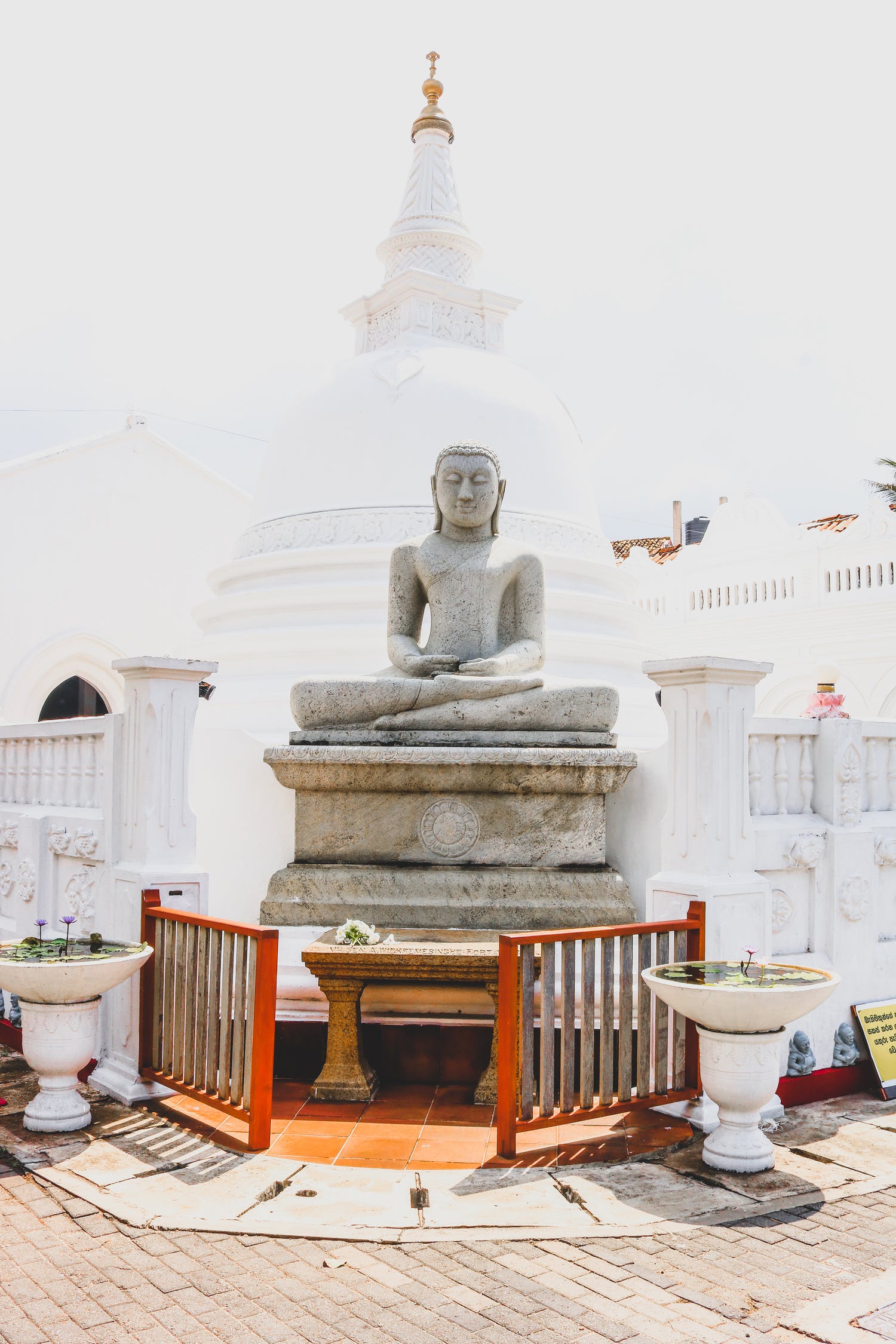 There are only two forms of sculpture that have impressed me – the Natarajar sculptures of our Chozhanaadu, and the Buddhas of Lanka.

I am reminded of an ancient poem about the fictitious elephant owned by one of my ancestors, Perunkilli Valavan. This elephant was supposed to have one leg in Lanka, one leg in Thanjavur, one in Kanchi, and the fourth in Urayur (present day Trichy).