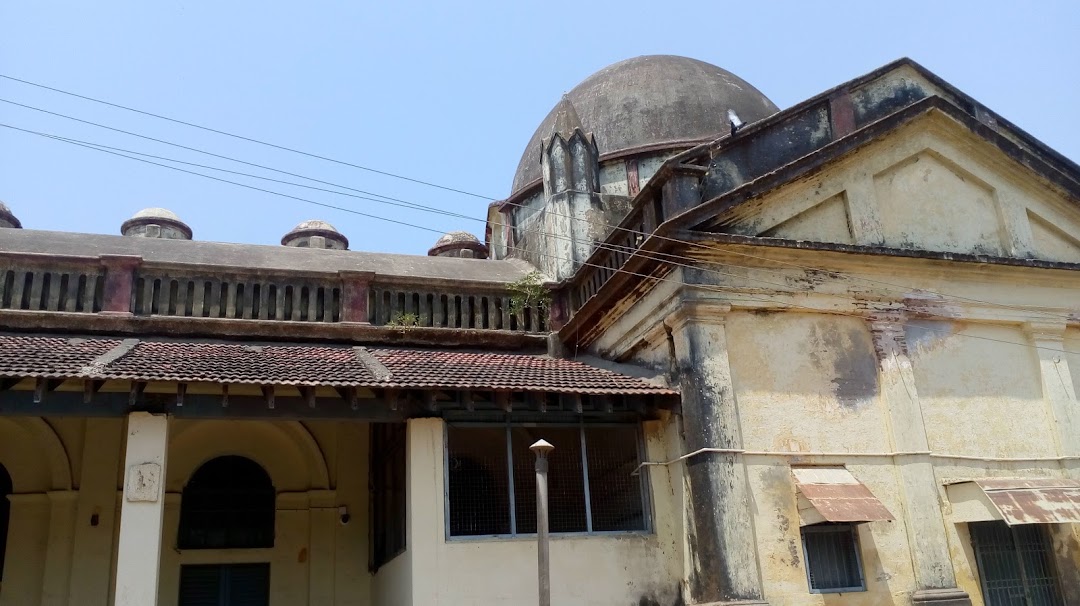 After Poompuhar had been swept away into the sea, Nagapattinam had taken over the main seaside trade centre. It was the major port of the Chozha kingdom. Large wooden vessels from several countries could be seen docked near the harbour. Both Nambi Arooran and Sundaramoorthy Nayanar have sung beautiful hymns at this beautiful port city. It was also an important trading port for Arabian horses.

Other than the popular Devaram hymns, there are a large number of archaeological evidences (from the Aanaimangalam excavations) that prove that Nagapattinam was a very important trade port, where ships from all over South-East Asia (areas like Malaysia, Indonesia and Thailand) docked to indulge in trade with the Chozha kingdom.

The Choodamani Viharam is also supposed to have been built by the ruler of Kadaram (part of modern-day Malaysia). There were regular visitors from Kadaram to Nagapattinam. While Vijayalaya Chozhan, Paranthaka Chozhan and Sundara Chozhan had been strong Shaivites, they did not have any hatred towards other religions. Years after the time in which this story is based, Raja Raja Chozhan and his son Rajendra Chozhan administered  a similar secular rule.

Sendhan Amudhan reached the front gates of the shrine. There was a big crowd there. There were people letting out cries of anguish. Parthibendran’s ship had landed at Nagapattinam. One of the sailors was narrating the incident of the Prince getting lost at sea. He was mentioning in detail about how he had jumped from the ship to rescue his friend, and about the squall, and how he had never returned.

The Chief Priest was also listening to this on the main steps of the viharam, with tears streaming down his face. He sighed and started back into the viharam, with the rest of the monks following him. No one noticed Sendhan Amudhan among them.

The Chief Priest turned to the gathering and said, “The ways of the Buddha are strange. Just recently, when I had gone to Thanjavur to meet the Emperor, I was telling him about the wonderful acts of Prince Arulmozhi in Lanka, and how the Buddhist community was grateful for his help. His sister, Princess Kundavai was also there, and had mentioned that she wished to start some charitable works for the Choodamani Viharam here as well. She took me aside and said, ‘My brother is in danger, and a lot of political treason is happening around the kingdom. If required, I might send my brother as a guest to the Choodamani Viharam. Will you be able to keep him safe?’ I had told her that we will protect him with our lives.”

“How could this happen to him? How could Samudra Rajan take the Prince’s life?”

There was a deathly silence in the room. Amudhan stepped forward slowly towards the Chief Priest. Several priests tried stopping him. Several wondered how he got here.

“I need to talk to the Chief Priest. My name is Sendhan Amudhan. I am from Thanjavur. I come with a sick person, who needs treatment urgently.”

“Where is he? And what is he suffering from,” asked the Chief Priest.

“He is in the canal front. I brought him by boat. He is suffering from a tropical fever.”

“Oho! A tropical fever is a contagious disease. Why did you bring him here?”

“I had once seen an Ashoka Pillar near Kanchi. It mentioned that treating a sick person is the highest Dharma in Buddhist teachings. Hence I brought him here.”

The Chief Priest motioned to Amudhan and walked with him towards the boat. Upon seeing Poonkuzhali, he stopped momentarily and exclaimed – “You made a big mistake. This viharam is off limits to ladies. We have a separate facility for female Buddhist monks. Yet, he continued on to the boat and peeked at the shivering Prince.

The Chief Priest was shocked and exclaimed out loud. He looked at Amudhan, and asked – “Prince Arulmozhi Varman?”

Amudhan nodded, but the Prince suddenly woke up, and mumbled, “Acharya, I am no Prince. I am a simple sailor. In fact, I asked this girl just now, if she will marry me? She is blabbering that I am a Prince, and that I was born to rule a really large kingdom, and how could she marry me? These people are making a fool of me. Am I hallucinating? Or are they?”

The Priest realised that the Prince was hallucinating.

He turned to a few monks who were standing a distance away. “This young man has a tropical fever. Several thousands of folks are dying in Lanka because of this fever. If we let him out, he will infect multiple people. I am going to take care of this young man myself, in my room.”

He called one of the monks to help get the Prince to his room. Amudhan followed until the base of the steps. The Chief said something to him, and started climbing the steps. The monks climbed the steps with the Prince. They filed into the building in an orderly manner, and the heavy doors slammed shut.

Poonkuzhali was watching this from afar. The shutting doors seemed like shutting her heart to the thought of ever being able to see the Prince again. Would she be able to see him ever again?