“Apparently, someone named Vandhiyathevan, a Vaanarkula warrior from Thiruvallam, in Thondainaadu. My brother-in-law has sent men all over the country to capture the spy.” 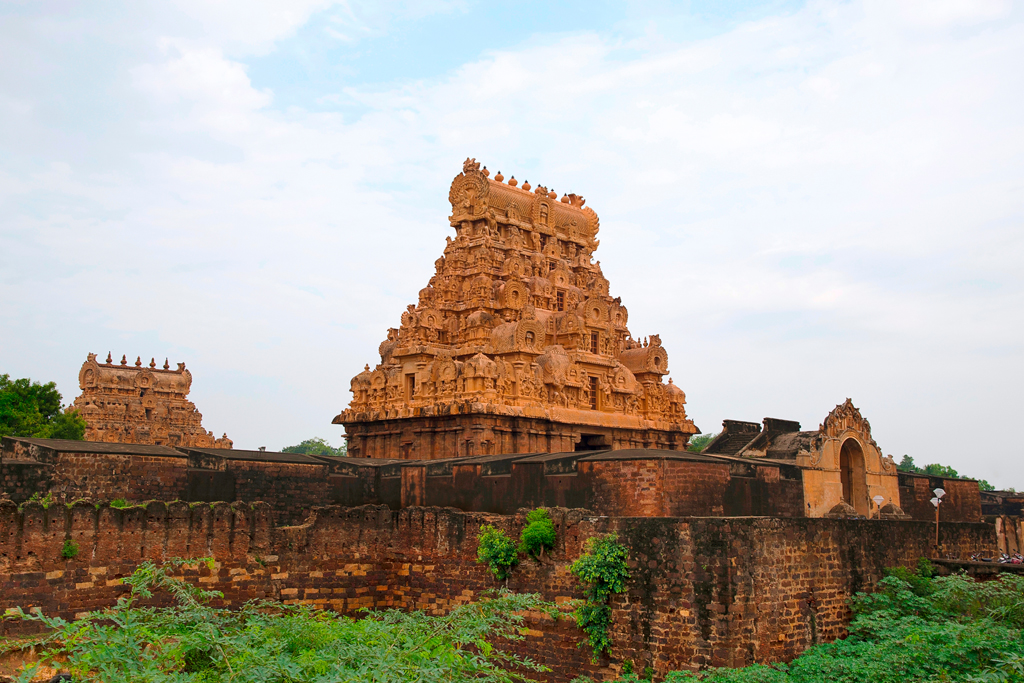 In olden years of Tamizh Nadu, royal ladies used to participate significantly in public service. The ladies had separate trust funds, which were used to promote several activities such as temple renovation, daily rituals for temples, and food for travellers. In particular, Princess Kundavai had set up several medical facilities. We have already seen the Ayurvedic hospital at Pazhayarai. On this day, she was all set to inaugurate a hospital on the outskirts of Thanjavur.

The Garuda Mandapam opposite the Perumal temple, just outside the Thanjavur fort, was abuzz with activity. The inauguration of the Thanjavur hospital by Princess Kundavai was to start shortly in this mandapam. Crowds milled around the mandapam. There were administrative personnel, small kings and vassals, band musicians, and official engravers, who had assembled. The royal family had started to arrive. Prince Madhuranthakan came, seated very uncomfortably atop a white horse. Princess Kundavai and several others of the royal family arrived in palanquins. Nandini arrived in her own palanquin with the palm-tree insignia.

The inauguration function started when the Periya Pazhuvettarayar arrived. The temple musicians sang a Devaram song, talking about the benefits of the sacred ash – Thiruneeru.

Nandini whispered to Kundavai, “When Sambandhar sang this song, the sacred ash had such medicinal powers that it cured the Pandiya king of an incurable disease. These days, it seems, the sacred ash has lost its power. We need doctors and herbs to cure people.”

“Yes. In those times, people led a dharmic life. It was because of this that the sacred ash had such powers. These days, people lead lives filled with sins. There are even people who are conspiring against the King and the royal family. Have we ever heard of such things in the past?”

“I am surprised that there are people plotting against the King. Who are they?”

“I am not sure, but I am still investigating. Very soon, I will find out. I am planning to stay on in Thanjavur until I find out about everything.”

“I will try and help you with anything that you require of me, Princess. I will have to leave soon. We have a visitor at home – the Kadambur prince, Kandanmaran. He is a handsome young fellow. He is in a pitiful mental state right now though. He keeps mumbling something about a spy and a backstabber. He keeps talking about a close friend who had turned traitor.”

“Who could have committed such a bad thing?”

“Apparently, someone named Vandhiyathevan, a Vaanarkula warrior from Thiruvallam, in Thondainaadu. My brother-in-law has sent men all over the country to capture the spy.”

“Hmm. I seem to recognise that name somewhere. How do we know if he is indeed a spy?”

“I do not know anything about this. All this information came from Kandanmaran. If you want to know more, you should probably come and talk to him.”

“Yes, I will come and meet him sometime. The Sambuvarayar clan has been loyal to us for several generations.”

By this time, the Devaram music had ended. The accountants ceremoniously read out details of the donations of land and money towards setting up the hospital. The engravers recorded this on brass plaques. On behalf of the treasury, the Periya Pazhuvettarayar ceremoniously handed over the plaques to the accountants to be formalised. Various formal announcements were made, such as the amount allocated for the Chief Doctor’s salary. There were also agreements in kind, such as the donation of milk for the patients’ consumption.

Cheers praising the royal family members rose from the crowd.