“She gave me an important task.”

“To come here to Lanka and search for the Pandiya coronation crown and a bejeweled scepter. Apparently, it is hidden in some jungle here in Lanka.” 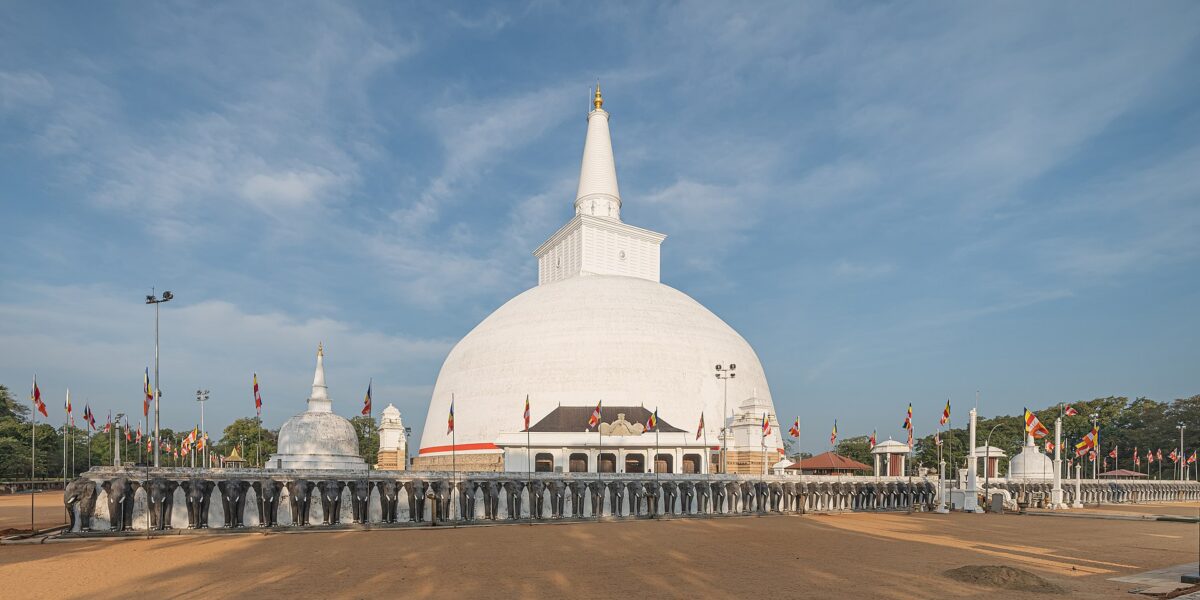 Vandhiyathevan was puzzled as to why and how this Veera Vaishnavar had come here.

“I was just thinking about you a little while ago. I open my eyes and you jump across the wall.”

“Thambi, why were you thinking about me? If you had been thinking of Lord Rama, at least you would have gotten some punyam. Why think of mere mortals like me?”

“Actually I started thinking of Lord Rama only. I was thinking about how Lord Rama had worshipped Shiva at Rameswaram. And then I was reminded of Lord Hanuman. And immediately I thought about you. I wondered if you had also jumped across the ocean to reach here.”

“Who am I, to be compared with the great Hanuman? He had wreaked havoc here in Lanka when he came here. And look at me – I cannot win against a common cat. Look at how he has scratched my leg. My legs are bleeding now.”

“Why did the cat take so much offence to you?”

“I came here searching for you. I tricked the guards in the front gate, and climbed over the back wall. While climbing down the wall, I inadvertently stepped on the cat’s tail. This irritated the cat very much and it started attacking me.”

“Oho. I think I know what is happening here now. The cat came to me and was petting me gently with its tail. I think it is a Veera Shaivite cat. That is why it took a liking to me and hatred towards you.”

“What you say could very well be true. If only I knew this before, I would have given a few whacks to the cat with my staff.”

“Interestingly, ever since I set foot on this holy soil, I have also been feeling a very strong Veera Shaivite attitude. My sword is seeking out the blood of a Veera Vaishnavar. I recollect how you helped me earlier, and that is why I am refraining.”

“When did I ever help you, Thambi?”

“Do you not remember telling me about your sister, the Pazhuvoor Rani? You even showed me the palanquin in which she travelled. I saw the same palanquin outside Thanjavur a few days later. I told her that I had a message for her from you.”

“You seem to be well-versed in the art of telling blatant lies.”

“What I consider imagination, people like you call lies.”

“Anyway, what happened after that?”

“She gave me a ring with the palm tree insignia and asked me to come and see her in her palace.”

“She gave me an important task.”

“To come here to Lanka and search for the Pandiya coronation crown and a bejewelled sceptre. Apparently, it is hidden in some jungle here in Lanka.”

“Hmm. They say that the treasury, under the control of Periya Pazhuvettarayar, has countless riches. It seems that it is still not enough for Nandini Devi. And what did she say she would give you in return?”

“She promised to make me the Fort General of Thanjavur.”

“Hah. That would be nice. If you become the Fort General, then I would get undeterred access to Thanjavur.”

“I doubt if that would even be possible. Look at me. I am now caught in this mess, at the beginning of the mission.”

“Do you know why you have been imprisoned?”

“I brought along the ring with the palm tree insignia, thinking that it would have some power here also. It looks like that is the mistake I made.”

“Yes. That is a big mistake. Did you not know that the General here is from Kodumbalur? The Kodumbalur clan and the Pazhuvur clan have been arch-enemies since a very long time. But, do not worry. I am here to free you. Come with me.”

“No. I will not come with you. Please leave soon. My sword is begging me for some Veera Vaishnava blood.”

“I have enough blood within me. Give some to your sword if you want. Come, let us leave now.”

“Why are you being so adamant?”

“I thought I would get a good night’s sleep today. Travel has made me tired.”

“Oho. So, you want to sleep. Is this how you will finish the task that Princess Kundavai gave you? Did you not promise her that you would not rest a minute till you reached this scroll to her brother, Prince Arulmozhi?”

Nambi took out a scroll from his hip pouch.

Vandhiyathevan looked blankly at Nambi, took the scroll and stammered, “How did you get this scroll?”

“I got it from General Vikrama Kesari. He asked me to return this ring with the palm tree insignia as well. He also asked me to let you know that you can start your journey at any time.”

“Do you know where the Prince is at this time?”

“No. No one knows. Last we heard was that he had left Anuradhapuram and gone towards Malai Nadu. The General has ordered me to accompany you and help you in navigating this new land.

A fraction of doubt still clouded Vandhiyathevan’s mind. “Can we meet the General before we leave?”

“Of course, we should meet him before we leave. You should give him any news you may have about Vanathi.”

Vandhiyathevan was almost certain now that Nambi was a sorcerer and knew the dark arts.