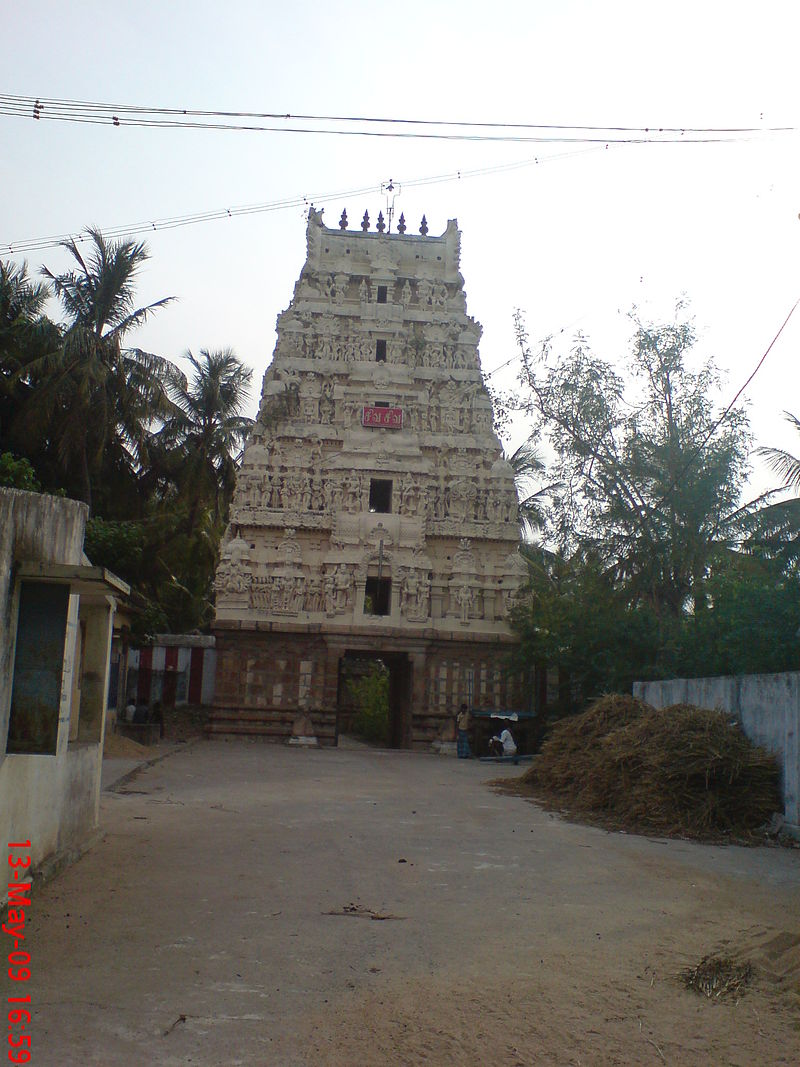 The people of Pazhayarai started gathering and started walking towards the palace area. Soldiers and common folk, businessmen and priests, Shaivites and Vaishnavites, Buddhists and Jains, men, women, children – they all joined the crowd and walked. They were all mostly in shock. Some of them were crying, even wailing. Some were swearing and cursing the Pazhuvettarayars. Some youngsters were seen with sticks, in a riotous mood. The Kaalamugar saints, in particular, were shouting vociferously.

The palaces of Pazhayarai were constructed in a large semi-circle, with a large open space in front of the palaces, where people could assemble during special occasions. Entrances into the palaces were through three gates, which were guarded. The crowd pushed through the guards, like ocean waves hitting the shore. It was almost a stampede. The open area filled up with upwards of a thousand people.

It was this commotion that the Royal Matron had heard when she was in discussion with her son, Madhuranthakan. She had stopped the discussion and stepped out onto a balcony on the upper floor.

The sight of the peaceful Royal Matron with folded hands calmed down the crowd momentarily.

“Where is our dear Prince Arulmozhi? Where is our Ponniyin Selvan?” asked someone loudly.

Everyone started shouting at the same time.

The matron had not yet heard the news. She wondered what had happened. She hoped that the Pazhuvettarayars hadn’t done anything treacherous for the sake of her son getting the throne.

At that time, the messengers from Thanjavur rode through the crowd and reached the front.

“My Lady, we bring very sad news from Thanjavur. The Prince was returning from Lanka to meet the Emperor. The ship got caught in a squall. The accompanying ship sank. The Prince jumped into the water to save someone from the other ship, and did not return. A watch has been posted along the coast and all lighthouses. The Emperor and the Queen are deep in shock. They have requested you to come to Thanjavur, along with your son, Prince Madhuranthakan and the Princess Kundavai.”

Sembiyan Maadevi stood in shock. Tears welled up in her eyes. And she sobbed.

Someone from the crowd yelled – “Oh Queen, please do not go to Thanjavur. Please ask the Emperor to come here to Pazhayarai.”

“We do not believe that the Prince drowned. We think the Pazhuvettarayars killed him,” yelled another.

“Please tell the Princess Kundavai also not to go to Thanjavur. Where is she? We would like to see her.”

The Queen called one of her aides and asked her to bring the Princess quickly.

That is when Alwarkadiyan had silently slipped away from the crowd and taken the usual shortcut to reach the lake side, where he gave the news to the Princess.

Ilayapraati Kundavai Devi left Vanathi in the care of some of her aides, and rushed to the upper balcony. When she reached and saw the tears on the Matron’s eyes, it melted her heart.

“We are sure that the Prince was killed by the Pazhuvettarayars. The Emperor is also kept as a prisoner in the Thanjavur palace. We are all ready to march to Thanjavur and rebel. We will kill those Pazhuvettarayar brothers, if required.” The crowd was getting noisier.

The Princess thought quickly about how to deal with this situation. She looked at the crowd. She spotted Alwarkadiyan in the front. She motioned to him to come up to the balcony. Nambi hurried upstairs, and she whispered something in his ears.

Nambi stepped forward, and in his booming voice said, “People of Pazhayarai, please listen to me. The Princess does not believe that the Prince might have perished. Just like he had earlier been saved by Goddess Kaveri herself, Lord Samudrarajan could have saved our dear Prince. She just checked with the fortune-teller, and he has also confirmed the same. The Princess is going to intensify the search for the Prince. She requests you all to calm down and please go back to your homes.”

There was a collective sigh that one could hear through the crowds.

“Who is the fortune-teller who confirmed this? We would also like to hear this from him,” said someone from the crowd.

Vandhiyathevan did not lose this chance. He jumped up and ran towards the balcony. Stepping forward, he said, “It is true that the Prince has gone through a bad incident, but there is no life-threat to him. He will return soon.”

Vandhiyathevan looked for the owner of this voice. It was the Vaidhiyar’s son. The balcony was about a height of 12 feet above the ground. Vandhiyathevan swiftly jumped down from the balcony, and fell upon the man, crying, “You mad fellow….” A fist fight ensued. One common trait of crowds at any time in the history of civilisation is that, if something like this happens, people will forget everything else and crowd around to watch!

At that very moment, an announcement could be heard – “Chief Minister Aniruddha Brahmarayar is approaching. Please make way!”

The crowd made way for the minister’s retinue.

pic – Anbil Alanthurai Temple – from where the Chief Minister Aniruddha Brahmarayara hailed from.