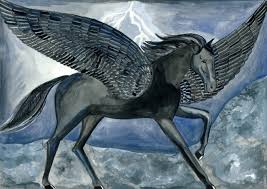 Nandini took the sword, ran her fingers lithely along the sheath, took the blade to her face, and kissed it lightly. Her face looked like the fierce Goddess Kali for a few moments.

She kept the sword aside, and her face became normal.

“I do not yet fully understand the hidden messages of the Gods. But I am keeping this sword safely. I take care of it, as a tigress takes care of her cubs. I send it to a blacksmith on and off, and get it sharpened and refurbished. I do not yet know how I should use this sword? Am I to use this to pierce someone? Or is it to kill myself? I do not know. God will tell me when the time comes.”

“The entire kingdom thinks that the beautiful Nandini Devi has only one vocation, and that is to keep herself beautiful and bedeck herself in finery. The poor Pazhuvettarayar also thinks so. No one, including him, knows about the fire burning within me.”

“Rani, where is the Pazhuvettarayar now?”

“Why? Are you afraid that he will come here?”

“Of course not. Why should I be afraid of him? I am not even afraid of you.”

“That is what I like about you. I do not know why people are so scared of me. Everyone, including the Periya Pazhuvettarayar, who has fought so many wars, and the Chinna Pazhuvettarayar, the great Kalanthaka Kandar. Prince Madhuranthakan, who is capable of ruling this entire kingdom, whimpers before me. Even the great Emperor Sundara Chozhan fears when I go to see him. He has even fainted a couple of times when he has seen me.”

“And oh, closer home, another of your master’s close friends, the great Pallavan, Parthibendran, becomes a coy cat when he comes in front of me. I have heard of his great bravery, but in front of me, he is spineless. Apparently, he will do anything for me.”

“That reminds me of my younger days. I used to like the sight of fire. I have many times wanted to touch the flame, but I have never gotten the guts to touch it. When I see Parthibendran come close to me, and retreat in fear, I am reminded of my trysts with fire.”

“Leave alone his emissaries, your master Aditya Karikalan himself was very close to me, when I was young. There were several situations and events during our younger years that have changed my life considerably.”

“The next time, when you meet your master, can you please tell him that I would like to meet him. I now have a grandmother’s relationship with him. I will not eat him up. Please tell him this.”

“Rani, if I live to see my master again, I have so much more to tell him. I cannot promise you that I will be able to deliver this message of yours.”

“I admire your courage and your honesty, sir. That is why I like you. I do not see too many people. I do not ride the chariot like the Princess. I travel in a closed palanquin. I speak to only those from whom I need work done. And most of them are spineless and lack honesty. You speak your mind.”

“I ask you again, one last time – do you know any information about the Prince?”

“Devi, as of today morning, I have sworn to myself that I will not lie anymore. Hence, please do not ask me. I cannot tell you any information about the Prince. Also, I apologise for not having told you the full truth a little while ago.” He took the scroll out of his waist cloth, and from within it, took out the palm insignia ring, and gave it to her.

“The fact that the commander’s soldiers took the ring from me forcefully was true, but the commander later gave it to me. Please take it back. I owe you my gratitude.”

“I do not have the habit of taking back what I have given to people. I was just testing your honesty. You have passed the test. Please keep the ring yourself.”

“I am now going to ask the same people who brought you here to blindfold you and take you back to the place from where you were captured.”

“We are in an old dilapidated palace, called the Pallavarayan palace. The Pallavas built this palace. And then the Pandiyas took over. So, sometimes, it is also called Pandiyarayan palace. During the Pandiya times, there was a big war that happened in this region, and half the palace is in ruins. It is very hard for people, who do not know this area, to come in and go out of this palace. If you try by yourself, you will get lost very easily. Would you want that?”

“No, Devi. I will go with your people. I still want to know why you called me here. Is there any help that I can render to you?”

“Devi, I do not know of such an animal. However, it is not that difficult to get to Lanka. You just need to hop on to a boat or a ship, and will be there in no time.”

“I cannot do that. I am terribly afraid of water, and will never be able to step on to a craft.”

Vandhiyathevan slowly and hesitantly asked, “Talking about Lanka, were you there recently? I saw someone who looked exactly like you, except she was without your finery, and dressed in simple clothes.”

She replied, “Ayya, no, I have not left the Thanjavur Palace until very recently. Did the lady you are talking about speak to you?”

“No. She seemed to be mute and communicated only in gestures.”

Nandini let out a deep sigh.

“Ayya, you asked me just now if you can help me. I would like to meet this lady that you just mentioned. Either you bring her to me, somehow. Or, you should take me to her.”

In about half an hour, Nandini’s men had brought a blind-folded Vandhiyathevan back to the spot where he was abducted earlier. They disappeared immediately after. He plodded along slowly but steadily along the Mullaiyaaru river. His thoughts kept going back to Nandini. The earlier revulsion had given way to empathy towards her. He felt that she was suffering from a lot of inner pain, which he was not able to understand. He could not yet figure her out. There was still some anger left in him about her. He could not figure out her motives, and decided that he should stay clear of her in the future.

He also wished that she had taken the insignia he had returned to her. Now, he did not know what to do with it. He did not feel like throwing it into the river either. He decided that he would first meet the Princess, tell her everything, and then decide what to do with it.

After a long time, he could see the silver lining of dawn. He had heard not to drive against the planet Venus. He tied the horse to a nearby tree, and lay down on the ground to sleep briefly.