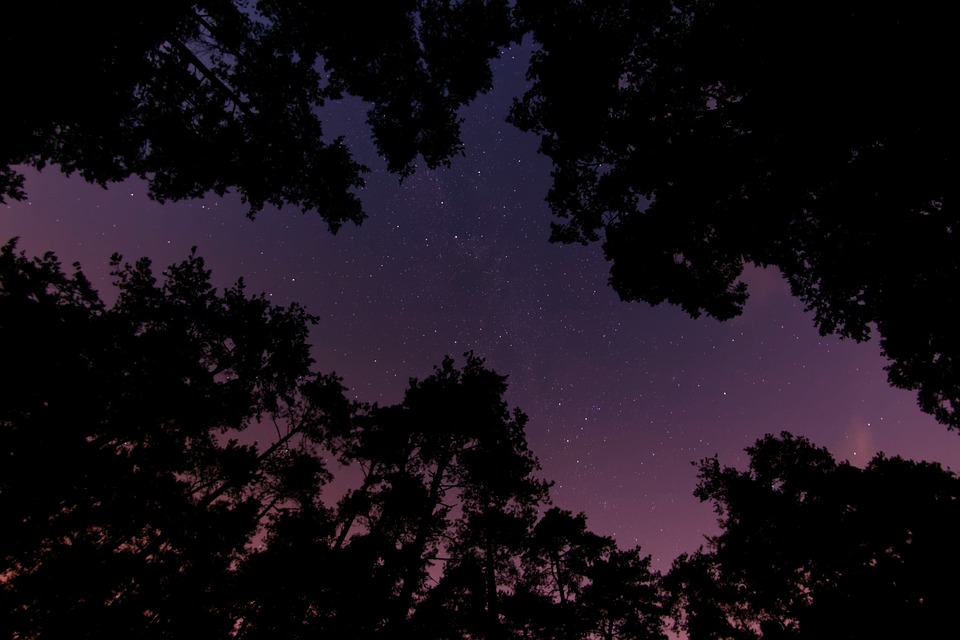 Nandini accepted the sword and kissed it. She hugged the Child Emperor tightly. Tears ran down her cheeks.

“Devi, perhaps the Chakravarthi did not understand what we asked him to do …”

She interrupted, “No. Please do not misinterpret my tears. These are tears of joy. I would gladly kill the one who brutally murdered Veerapandiyan in front of me. Half of you would need to take Chakravarthy to the Pancha Pandava Hills and guard him. The remaining half need to come to Kadambur. Some of you might have to come in, and the rest would need to wait outside with fast horses. Whoever is alive, would need to flee very fast from there, after the incident.”

“Devi, we forgot to tell you one thing. You had mentioned that our main enemy, Aditya Karikalan would reach Kadambur. That might not happen with certainty.”

“The Princess from Pazhayarai and the Chief Minister have sent a scroll to Aditya Karikalan, telling him not to come to Kadambur.”

“Hah. Do you think I don’t know about this news?”

“And you still think he will come?”

“Yes. I am sure he will come. The Princess and the minister do not know about Karikalan. If someone tells him not to do something, that is precisely what he will do. I am very sure of this. He is not polite like Arulmozhi Varman, nor a coward like Madhuranthakan.”

“You probably know who has been tasked to take this message?”

“You do not need to guess. We captured the messenger and brought him here. We found him in the same mandapam that the Chakravarthi had taken shelter in during the rain. He knows too much about our plans, and we felt it would be unwise to let him go free. Idumbankaari, bring the spy here.”

They tied up Vandhiyathevan and brought him before her.

Nandini smiled when she saw him.

“We meet again, Devi. But this time, I did not come by myself. These people brought me here.”

The child spoke, “Amma, this is the man who kept me company when I was in the dark mandapam. Why have they tied him up?”

“Child, keep quiet when elders are talking. If you do, a tiger will eat you up. And no, a fish cannot eat a tiger.”

There was a murmur of anger in the crowd.

Ravidasan screamed, “Devi, did you hear what he just said? This time, I will not let him go alive. I have to kill him. A couple of times earlier, we had let him go, because of your orders. Not this time.”

Vandhiyathevan quipped, “Manthravadi, please don’t tell lies. You did not let me go those times. I escaped. Can you all please examine this person here? Is he the real Ravidasan, or his ghost?”

Ravidasan roared, “Yes, I am a ghost, and I am going to drink your blood.”

The child asked, “Amma, he has a good horse. Ask him to give that horse to me.”

Vandhiyathevan looked at the child and said, “You come with me. I will take you on the horse for a long ride.”

Ravidasan looked at Vandhiyathevan with eyes that looked like burning embers. “Ey. You shut up. Devi, give your orders fast, and I will finish this man off.”

Nandini calmly asked, “How did he get here?”

“Devi, this spy had taken shelter from the rain in the same mandapam as our Emperor. He almost kidnapped our Emperor, but we caught him just in time.”

Nandini said, “All of you, please step back a little. I need to talk to this man and get some information.”

Nandini interjected, “Did you not hear me? Do I need to remind you of the agreement that we all made some time back?”

She bent down to the child and said, “Kumara, you also be with them for a little while. I will try and get you the horse from this man.”

Ravidasan, the Child Emperor, and the group moved away from her.

She looked at Vandhiyathevan and exclaimed, “It looks like you keep following me everywhere. Did you come here intentionally or by chance?”

“Neither intentionally nor by chance. Your men brought me here. If not for them, I would have reached the Kollidam banks by now.”

“It looks like you are not happy to see me, and you are looking forward to leaving here at the earliest?”

“Devi. It gives me great happiness to see you, and even more sadness to take leave from you. You seem to be trapped between the Pazhuvettarayar on one side, and this crazy magician Ravidasan on the other. Give me your approval, and I will free you from both of them.”

“And where will you take me?”

“I will take you to the old lady in the forests of Lanka.”

“Would you want me to also to be roaming that island as an orphan?”

She sighed. “Maybe there might come a time when I will reach that state. I will then take your help to take me to her. Until then, please help me whenever I ask you.”

“I would need to know what is going on in your mind, before I even attempt to help you.”

“People with true love will not speak like this. They will help even without knowing the intentions.”

“People with true love will always help and warn those whom they love when they are in danger. You are in real danger. They are using you.”

“You are wrong. It is I, who is using these people for a goal that I seek.”

“What is this nonsense of catching a small child from some forest, and calling him a Chakravarthy?”

“Do you know the reason for the child being here?”

“Of course, to make him ascend the throne as the Pandiya Chakravarthy.”

“Wrong again. He will take the Chozha kingdom, which reaches from the Tungabhadra all the way to Lanka.”

“Ammamma, and how are you going to do this humongous task? With whose help? With this pack of wolves surrounding you? You intend to beat the strong Chozha forces with these wolves who hide during the day, and come out every night?”

“I am not dependent only on these people. I believe in my sword.”

“Ammani, you are not going to be using this sword. You do not have the physical strength nor the mental strength to use it.”

“Ha. Absolutely untrue. I can prove that I can use this sword, right now, right here.”

“Then, please use it on me, first. I am ready,” said Vandhiyathevan, making a big scene of bowing and extending his neck.

“How many people are you going to keep promising a crown Devi?”

“I will decide at that time, who is worthy of the crown.”

“Then what will happen to this little boy here?”

“Whether to crown him or not, is my decision.”

“Oh well. You can crown anyone you wish to, Devi. I do not want the crown. I have heard nice things said about the curly hair on the top of my head, and I do not wish to hide it using a crown.”

“Anyway, leave all that talk. How did the Princess Kundavai react to the news of the death of Ponniyin Selvan? Was she very upset?”

“Of course, she was upset. Not all ladies are devoid of emotion.”

“And how about that Kodumbalur Princess. I heard she tried killing herself by falling into a stream? Who saved her?”

Vandhiyathevan fell silent for a little while, thinking of the recent happenings of Vanathi, and wondered how she is now.

Nandini cleared her throat, “It looks like you will not tell me anything about these things. Tell me if you will be able to stop Aditya Karikalan from coming to Kadambur.”

“I never said, I will be able to. I said I am going to try my best. The Prince is someone who does not listen to anyone, and takes his own decisions.”

“Yes. You seem to understand your master well.”

“It looks like you know him better than I do.”

“You are anyway determined to always be on my enemy’s side.”

“Who else, but the Princess Kundavai?”

“I think it is just your mind playing games with you. I wish to tell you the truth…”

And before he could complete his sentence, Nandini stopped him, “Enough, sire, enough. When you tell the truth, it will be even more of a lie.”

She clapped and called for the men. Ravidasan and the other men started walking towards them.

Vandhiyathevan realised that he had not utilised his opportunity to escape. He was sure that she was going to order them to kill him. He wished he had just died a death of a hero in a battlefield.

Ravidasan growled, “Please give us your order now. Should we kill him now?”

“Manthravadi!. Don’t you dare do something like that. If someone even touches him, I will kill that man with this very sword. I still have many things to be done through this man. I am going to leave now. All of you leave as well. This man will leave on his own volition, to where he wishes to go. No one dares to stop him.”

The ragged group gasped in disbelief. The magician spoke at last, “Ok. We will do as you please, but I have a request. This man has a horse, and can travel fast. Is it wise to let him go now?”

“Ok. Tie him to one of the pillars of the pallipadai. It will take him some time to get out of the knots, and you should have crossed the forest by then.”

The men tied Vandhiyathevan to one of the pillars of the mandapam. His horse was tied to a tree in the distance. Nandini had left. The men, the child, and the makeshift throne left, and Vandhiyathevan could only see the faint flicker of the torches in the distance. Darkness enveloped him again. For a moment, he wondered if all that happened until now had just been a dream.

Along with the darkness, came the sounds of the dark forest. The howling of the wolves. The flutter of the bats. He was terrified. He tried loosening the ropes that bound him tight. And suddenly, he heard something. It did not sound like an animal. It sounded like footsteps. His horse neighed and shifted. He tried to loosen his ropes in vain.

He saw the dark shadow approach towards him. When he was close enough, Vandhiyathevan gathered all his courage and kicked him with all his might. The figure went hurtling towards the inner wall of the mandapam. Even though Vandhiyathevan could not see in the darkness, he could feel the figure stare at him for a little bit, and then the footsteps went into the mandapam. He heard the rubbing of pebbles, and suddenly a light emerged.

In the faint light of the small torch, he saw the figure approach him, and realised it was a Kaalamaugar Veera Saivite, replete with long hair and the garland of skulls. He lifted the torch up to Vandhiyathevan’s face and looked intently at him.