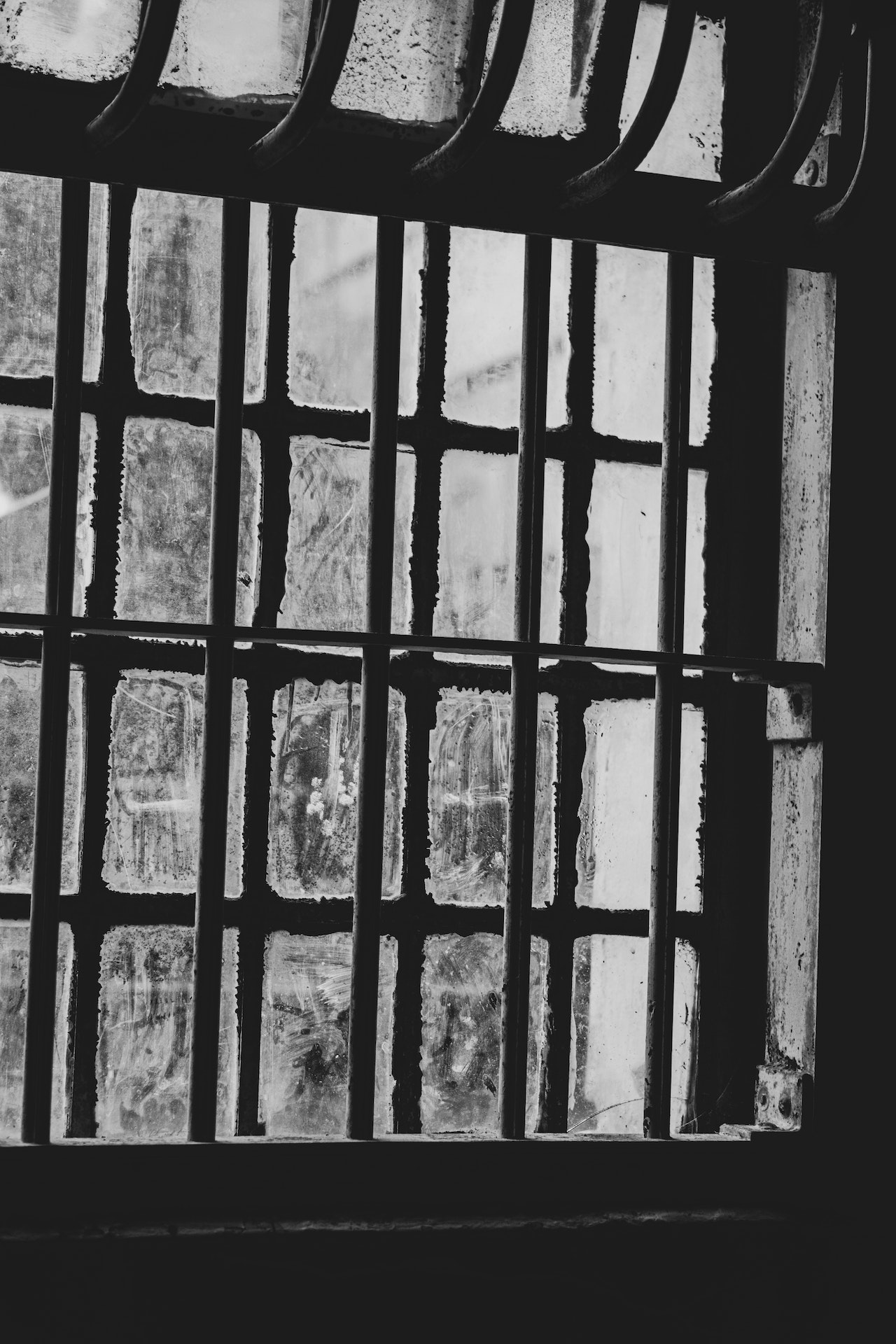 The Princess reached the Pazhayarai prison and entered to find Vandhiyathevan locked alone in a cell. He was singing a joyful folk song. She cleared her throat and he stopped.

He jumped up and said, “Welcome, welcome. Please take a seat.”

“And where should I sit?”

“This is your palace and your rule. You can pick any throne that you like.”

“It looks like the Vallatharasars of yore had palaces like these. In our kingdom, we call this a prison.”

“There is no palace or prison in our land now. Kings from all over the land came and razed them to the ground. It was all because of a stupid poet.”

“In the Emperor’s outer courtyard were the vassal kings of kingdoms captured during the Emperor’s conquests. Whenever poets and authors visited the King’s court, they used to be rewarded with handsome gifts from the captured lands. The poor vassal kings used to feel very bad seeing their wealth being doled out to these artists. One day, a poet from our land came to visit the Emperor.”

“As he entered, he saw the plight of the vassal kings in the courtyard. The poet quickly composed a song highlighting this sad state of affairs. The poem, unfortunately, became very famous within the Tamil kingdom and outside. Very soon, all the kings of the land formed a coalition, attacked our small kingdom and razed everything to the ground.”

“But the song has still not been destroyed. That is the power of the poet’s deed. The pride of the Vaanarkulam can never be erased.”

“Am I not enough to destroy that proud name?”

“Oho. I am glad you are accepting that yourself.”

“Getting under the influence of a lady, I have gotten myself such a bad reputation. I had to hide and run to save my life. To extinguish that fiery anger in me, I wanted to kill that Vaidhiyar’s son, but I got caught before that.”

“Why did you have to do that? Why are you so angry at Pinakapani?”

The Princess interrupted him, “Is that not true, though?”

Vandhiyathevan blurted, “What do you mean, Princess?”

“I do know that you have been doing some work for her. Will you accept the truth?”

“I have resolved never to tell the truth.”

“Aha. What kind of a resolution is that?”

“Until the time that I was not telling the truth, everything was going fine. Then at one time, I spoke the truth and told someone that the Prince is alive and in Nagapattinam. No one believed me and I almost got into a lot of trouble. That is when I decided never to tell the truth.”

“What a huge mistake you made! I am glad that no one believed you. It would have caused so much chaos if they had believed you.”

“Please free me, Devi, and let me go my way. I am done with all this.”

“If that is what you want, I cannot free you. You will have to be in this prison forever.”

Vandhiyathevan laughed a hearty laugh. “If you do not free me now, do you think I cannot get out of here?”

There was a twinkle in her eyes and sheer admiration showed in her face.

“Ayya, you have escaped from the Pazhuvettarayar’s secret tunnel. No prison can keep you within. There is one prison, out of which you cannot get out of, though.”

“Are you referring to the underground dungeons of Thanjavur?”

He stood there in silence for a moment. “Devi, you are a Princess of this great Chozha kingdom. No one dares to go against your wishes. I am a nobody, with no house, city, or kingdom. The stories of my ancestors are all of bygone years.”

“Who knows what will happen to the Chozha kingdom. Maybe, they will become a kingdom of bygone years too.”

“Devi, this cannot happen. The difference in status is too much.”

“Then, would that not be applicable to the Prince and the boat girl, Poonkuzhali, as well?”

“Yes, perhaps. I thought the Prince would be the Emperor of a nation that would span the oceans.”

“I thought so too. I also wanted to be with him, when he conquered the many nations across the seas. But it looks like the Prince is not interested in any of that. He seems to prefer to lead a peaceful life of spirituality and temple construction.”

“Hmm. Yes. Madhuranthakan has changed from that state to wanting to rule the kingdom now.”

“The goat has become a tiger and the tiger has become a goat. It is like the stories of Lord Shiva, where he transformed a fox into a horse and a horse into a fox,” replied the Princess.

“Devi, because of you, I have transformed into a fox too. I have had to save my life so many times by doing all kinds of cunning activities. I am done with this espionage. Please let me go.”

“Ayya, my closest friend, Vaanathi has asked me permission to leave. Are you also wanting to leave me?”

“Devi, I do not know the relationship between you and the Kodumbalur Princess. But I am a mere servant, who came to serve the Princess of this land.”

She reached out her hands. Vandhiyathevan took her hands, bent, and put his forehead and eyes on it. He wondered if he was dreaming, or if this was real. He felt a wave of excitement pulse through him.

“Ayya, I belong to the lineage of Chozha women, who have dedicated their lives to the men whom they love. There have been queens who have climbed onto the funeral pyres of their kings, because of their love. These hands of mine, which are being held by yours, will never touch another man’s hands ever. If such a brave person like you is fearing for your life, imagine how I will be feeling?”

“Devi, for someone who has conquered a place in your heart, how can I be a coward?”

“Cowardice is different from being careful. Even the Chief Minister Aniruddhar does not have any doubts of your courage.”

She left her words trail for a bit.

“Then what does he doubt?”

“He also doubts that you may be a spy of the Pazhuvoor Queen.”

“Then, I will give him the same treatment as the Vaidhyar’s son. Release me. Tell me where the minister is.”

“Ayya, be patient. Vaidhyar’s son was able to fight back. The minister relies on his mental acumen as his weapon. He has never relied on the sword as his weapon.”

“Let him experience the sword from me then.”

“After the emperor, the minister is the most respected person in this kingdom. Even the Pazhuvettarayars are afraid of touching him.”

“Hah. The Pazhuvettarayars have guilt consciousness clouding them. I am a man of clear conscience, and I will not be afraid.”

“The Chief minister is also the Emperor’s closest friend. Any disrespect to him would be considered disrespect to my father and me.”

“Hmm. Then pray tell me how to gain the confidence of the Chief Minister.”

“The minister was looking for a reliable person to send a message to Kanchi, and I have recommended you.”

“Devi, please don’t send me to Kanchi. Something inside me is telling me not to go near Kanchi.”

“Would your conversation with the Pazhuvoor Rani have anything to do with that?”

“No. It has nothing to do with that. Your word will definitely overrule the words of that poisonous snake of a lady.”

“Please do not use such words against Nandini.”

“Devi, why the sudden change in temperament against her?”

“Yes. My outlook towards her has changed completely, after all that you told me about your Lanka trip.”

“So, do I need to behave with servitude towards her as well?”

“Oho. So, if she gives me the long sword that she worships, and asks me to bring back the head of someone, should I do that as well?”

Kundavai shuddered hearing these words, and her voice quivered as she replied, “I only said that you should treat her with respect. There is no need to do what she says. I have a feeling that she does not realise what she is doing.”

“Hmm. I think so too. She herself told me once that she does not know why she is worshipping that long sword.”

Kundavai continued in her quivering voice, “I pray to God that He saves this Chozha kingdom.”

She steadied herself. “I need you to come back after you go to Kanchi. And then go to Lanka again. I want you to bring back that mute queen.”

Vandhiyathevan smiled. “Bringing her is like capturing an ocean squall inside a can. I am trying to remember who said these words. Ah, it was the Veera Vaishnavan, Alwarkadiyan Nambi. Perhaps he can do it.”

“Exactly. That is why I want you to go. Only you can stop him from doing that.”

“What if he has already left with a force?”

“Go to wherever he is midway, and stop him. There is one other important thing that you need to do. I have gotten news that the Periya Pazhuvettarayar and his Queen have started to go to Kadambur.”

“Why are they going there?”

“They have asked Aditya Karikalan to come to Kadambur as well. There is talk about posturing this as a marriage proposal. There is also talk about splitting the kingdom into two and a midway peace deal.”

“My master would never agree to something like that.”

“I know. But that does not worry me.”

“What is it that you are worried about?”

“I cannot explain it. It is just a feeling deep down inside me that something very bad might happen to my brother. I do not feel good about my brother meeting the Pazhuvoor Queen. I shudder to think about it. I cannot sleep thinking about this. I get nightmares. You are the only one who can prevent this meeting.”

“If Aditya Karikalan decides on something, it is very difficult to stop him.”

“Ayya, you have to stop him. Be his armour. Protect him. If needed, please tell him the real identity of Nandini.”

“You have to make him believe. It is your duty. You have to stop him.”

“I will try my best. You have to forgive me if I do not succeed.”

“Whether you succeed or fail, you will forever be a prisoner of my heart.”