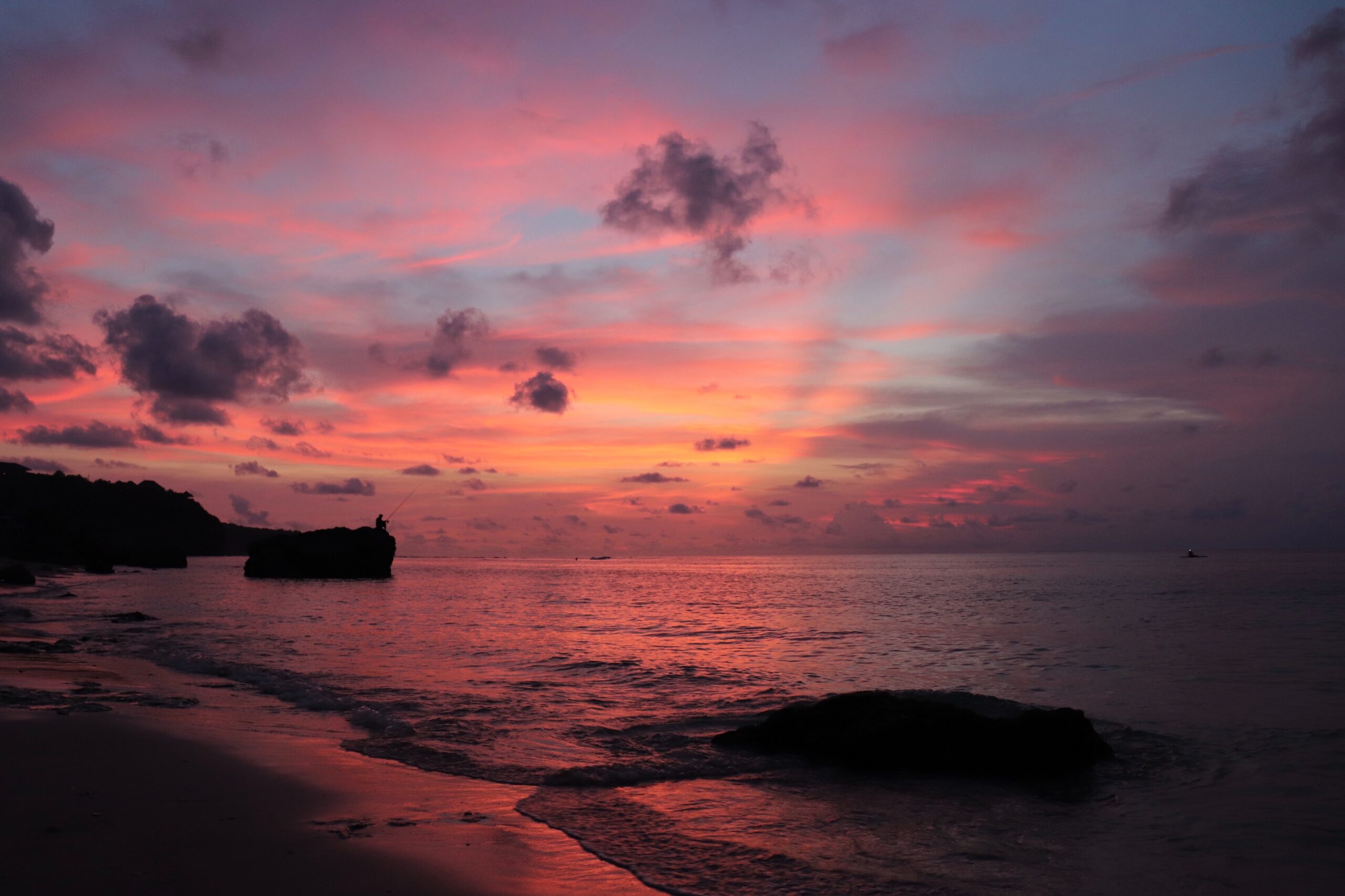 Periya Pazhuvettarayar did not quite like Nandini stepping out and talking in front of everyone. Perhaps, it is characteristic of people who marry late in their lives, that they feel more possessive about their wives.

“Parthibendra, why did you just stop with your name? Why not your titles? Why the sudden humility? Parthibendran is the conqueror of Venganaadu and Kalingam; and is the one who beheaded Veerapandian.”

For a split moment, Nandini’s eyes flashed anger, but she returned to her normal self quickly and she laughed out loud.

“I have lost count of the number of people who claim to have beheaded Veerapandian.”

“Devi, the pride of beheading Veerapandian goes to my leader, Aditya Karikalan only.”

Pazhuvettarayar retorted – “Thambi, I disagree. I would give you some credit for that event of beating a dead snake, as well.”

“Sire, Veerapandian was definitely not dead when we went to get him. He was wounded, but alive and well. When Aditya Karikalan raised his sword to kill him, an extremely beautiful woman begged for his life. If I had been there, I would have dropped the sword, and Veerapandian would have escaped.”

As Parthibendran was saying these words, he keenly observed Nandini’s reaction, as she realised that the conversation was veering into dangerous territory.

“Naada, let us not talk about old stories. Should we not ask this warrior why he is here now?”

“True. Parthibendra, when did you leave Kanchi? Where did you journey? And why did you disembark here? Tell the truth, or I will have you killed right here.”

“Sire, I do not have the habit of telling lies. I will tell you everything.”

“Sire, we got news in Kanchi that you and some vassals including Sambuvarayar were planning a coup.”

“It might have been a lie, and so we hope. But this is the news that we got. Malayamaan and Aditya Karikalan sent me to Lanka to bring back Prince Arulmozhi safely.”

Parthibendran narrated all that had happened to him since he left Kanchi until the previous night.

“In the middle of the journey, we got caught in the squall. At a distance, we caught sight of a burning ship, and we spotted Vandhiyathevan alone in the craft. Despite all our objections, the Prince jumped into a boat with two oarsmen to save Vandhiyathevan.”

“The strong winds ripped open that ship and the boat which carried the Prince. One of the surviving oarsmen told us that he had last seen Vandhiyathevan and the Prince clasping the strong mast and floating.”

“I searched as much as I could in the area, but could not find the Prince. I came and docked near here, in the hope that the Prince would have somehow survived and washed ashore along this coast.”

The Pazhuvettarayar shook in agony and screamed – “The Chozha dynasty has been betrayed. Betrayed by me. I am the one who signed the arrest warrant in the hope that I can bring Prince Arulmozhi back to Thanjavur. How could I have made this mistake? I have seen the Prince and played with him since he was a child.”

The Pazhuvettarayar fainted and fell. Nandini deftly supported him and sat down next to him. She called for some water and sprinkled it on his face.

The old man came back to his senses, but was still distraught. Nandini whispered something in his ears and he nodded.

“Pallava, I am now going to go, search and inspect your ship. You stay right here. If you even attempt to escape, my soldiers will kill you at sight.”

“Sire, you need not worry about me. I am a man of my word. I will wait here until you return.”

The General took the boat and instructed the oarsmen to take him to Parthibendran’s ship. Nandini noticed that Parthibendran had been staring at her all this time. She turned towards him, and he blushed crimson.

“Don’t you dare try escaping,” said she, pointing to a small dagger that she always carried on her hip.

“Devi, you do not need to threaten me with your dagger. I have already been trapped in your net.”

“Are you equating me to a common fisherman girl?”

“No, Devi. The net that you have cast is that of love.”

“Chi chi! How dare you talk like this? If Pazhuvettarayar heard this, he would kill you right here.”

“I cannot but get caught in this net. You are like the flame that insects get attracted to. You are the full moon, which can never be extinguished.”

“I have heard about the poetic prowess of Pallava princes. It looks like it is true.”

“What I read in the Puranas, I never believed till date. Now, I am a changed man. I believe that women have the power and ability to change the courses of men. Mohini changed the entire outcome of the Paarkadal churning incident. Menaka disturbed Viswamitra’s penance. Dasarathar sent Rama to the forest for Kaikeyi. Egypt fell into ruins because of its queen.”

“Please stop this flattering speech. Now, I want to talk to you. I sent Pazhuvettarayar to the ship for a reason. I want to ask you something.”

“Yes, Devi. I figured that out. Hence I also offered to stay here.”

“You mentioned that, when Aditya Karikalan beheaded Veerapandian, there was a lady who tried stopping him. Do you know who that is?”

“Yes, of course. She is the beautiful flame that is the Pazhuvoor Queen.”

“Aditya Karikalan was consumed by war fury at that time, and hence could not accede to your request that night. But I know, as a friend, how much he has suffered psychologically due to that one incident.”

“How do you know this? Did he tell you this?”

“He has been suffering with this for the last three years. Every time there was some talk about you, or the Veerapandian incident, we could see him getting depressed. I had asked many times what was disturbing him. He never told me. Ten days back, the night before I left for Lanka, he opened up his heart to me.”

“If you were in that position, would you have acceded to my request?”

“There is no doubt that I would have. Who would be able to say no to someone as beautiful as you?”

“You are saying all these sweet words to know my inner thoughts. You want me to reveal more information. Is that not true?”

Parthibendran had indeed started this conversation with that thought, but had succumbed to pure lust, as the conversation had progressed. He now felt ashamed that he had originally thought so.

“Devi, I would never think of doing that kind of an espionage act with you. Never.”

“The one other messenger from your master, Vandhiyathevan, tried to do exactly that. He tried to talk me into giving him information.”

She smiled a wry smile.

“The two people that the Ilayapraati, Kundavai Devi, loved, are both in trouble, probably dead.”

“Who are you referring to, Devi?”

“Everyone knows that the Princess loves her brother to no end.”

“And who is the other one? Vandhiyathevan? How can that be? The Princess of the most famous Chozha empire… with a common messenger, who does not even think straight?”

“Yes. She is definitely in love with the Vaanarkula warrior. To escape the Pazhuvettarayar’s punishments, she has sent him off to Lanka with a message to the Prince. If not for the message to come back to the mainland, this accident would not have even happened. And this old man seems to think that it is his mistake. I need a favour from you.”

“Tell me, Devi. Anything for you.”

“When the Pazhuvettarayar returns from the ship, I would like you to explain this to him. I will be indebted to you if you do that.”

“I could do anything for you. You order me, and I will do it for you. Anything.”

Parthibendran shuddered and shook, while he said this to Nandini.