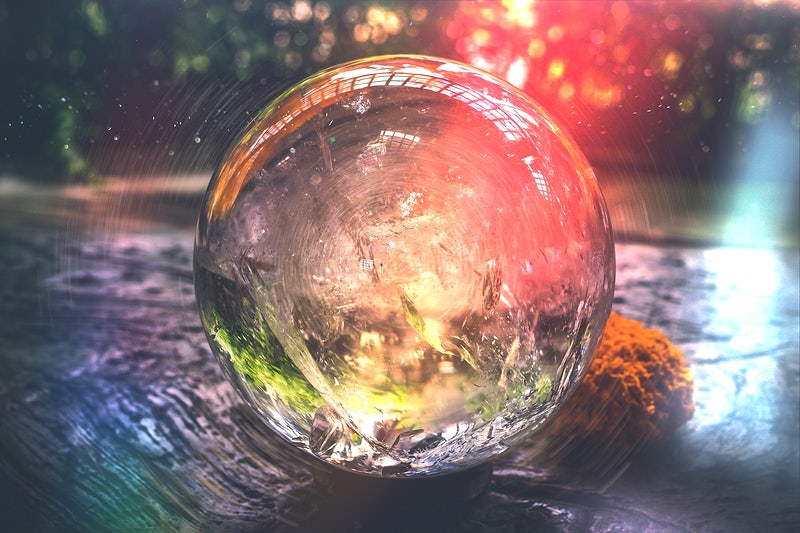 The Royal Matron looked at her son and said, “Son, I will send these people off at the palace gates. You can go and rest for a while in your quarters. Come back after you are done. I need to discuss something important with you.”

Madhuranthakan was still fuming with anger inside, as he walked towards his quarters. He could not stand the attention and praise that these men of faith were getting. He was beginning to hate his mother for doing these activities. He felt that these activities would be a deterrent to ruling and expanding a kingdom. The Pazhuvettarayars had poisoned his mind enough. He wondered what his mother wanted to talk to him again, at night. He guessed it would be something about yoga, temple architecture, or some such philosophy.

“Ey, fortune teller, what are you thinking about,” boomed Madhuranthakan.

Fortune tellers were common during those times. Vandhiyathevan came out of his thoughts with a start. He wondered how he could get himself out of this fortune teller situation.

“Ayya, I was just thinking that instead of being a fortune teller, I should have learnt some poetry and written songs on Lord Shiva. Did you see the amount of respect and attention that Nambi got?”

“Haha! What do you think of this man Nambi?”

“Very good fortune, Sire. He will have the support of the Gods and Royalty. What more do you want? His name and his work will be known in this kingdom for a very long time.”

“Hmm. What do you think about my future?”

“It is very similar to Nambi. You also will have support from the Gods and Royalty. Yours is slightly better.”

Vandhiyathevan wanted to buy some time.

“We need time for this. I cannot do this in a hurry. I need to light some lamps and create some dhoop smoke to be able to do that.”

The Prince quickly ordered all that needed to be done.

Vandhiyathevan sat down and pretended to meditate for a few minutes and started shaking as though he was possessed. His body shook and he suddenly opened his eyes wide and looked at the Prince.

“I see a fort and a palace. I see the entire kingdom assembled outside it. I see the Chozha Tiger Flag fluttering high. I see the vassal kingdom flags beneath it. I see hundreds of ladies lining a pathway, waiting with flowers in their hands. I see brass vessels with water from different water sources lined up.”

“Aha! It is a coronation ceremony.”

The Prince said, “Keep telling. Who is it for?”

“The palace doors are opening. I see two old royal men walking in front. I see a handsome Prince walking behind them. Aha, what a sight! I see the ladies sprinkling flowers on the Prince. The crowds are surging. They are all shouting salutations to the Prince. They are cheering for their kingdom.”

“Who is the Prince? Just tell me who the Prince is!” The excitement in Madhuranthakan’s voice was evident.

“Let me look closer. Wait. Patience. Patience. Aha! It does seem like you. Ah, it is you, my Lord. It is indeed you.”

The Prince’s excitement was indescribable.

“Ah. What is this? What is happening? That is a bad omen. There is a lady with her hair left open. She is angry and she steps between you and the throne. She tells you to refuse the throne.”

Vandhiyathevan’s voice was shrill and spiked. “Oh Prince, I see you pushing her away, and walking forward. Aha, what is happening? Why is it all clouding up again? I cannot see anything.”

“What? What are you saying? Keep looking. I need more information. What is happening?” cried the Prince.

“I cannot see anything, my Lord. I am sure someone well-versed in the dark arts is residing in this palace and is preventing me from seeing the future. Oh, what is happening to my face? What is this burning sensation? Aargh.”

He covered his face with his hands dramatically.

After a while, he slowly took his hands down and gently opened his eyes, and looked at the Prince, who seemed to be in considerable anger. His jaw was clenched and his nerves were bulging.

“See again. I want you to see it again.”

Vandhiyathevan wondered if he had gone too far.

“Sire, once a vision goes away, it will not come back immediately. It will recur only after a few days. If you want, I can see the embers, and see if I can get any other vision.”

The Prince exclaimed, “Yes, yes. Look and tell me.”

“I see groups of people. A messenger has come and is telling them that someone important has drowned at sea. The people are getting very agitated and roughing up the messenger. Sire, if anything like this happens, I implore you to not step outside.”

The Prince was nodding vigorously.

“Aah, what is it that I am seeing? I see vicious people with skull garlands. They look like Kaapalikas and Kaalamugars. They are all in a merry mood. One of them has a large curved sword in his hand. Who is it that they are heading towards? Oh, he looks like a handsome Prince. Sire, please do not have any association with these people. It is not for your good.”

Vandhiyathevan could see the Prince perspiring.

“Prince, my head is spinning. I am feeling dizzy. My head is aching. I would like to please step out of the palace and get some fresh air. Please allow me to.”

At that time, a palace guard came and said that the Matron had summoned the Prince to her quarters. The angry Prince stood up and left, determined to pour out all his anger and disappointment on his mother.

We go back to Vandhiyathevan’s journey with the Vaidhyar’s son, Pinakapani, to Kodikkarai. Vandhiyathevan had realised that his companion was a gullible simpleton. He had enthralled him with stories of romance with his love, driving the poor Vaidhyar’s son mad with jealousy. Pinakapani had enquired multiple times on who Vandhiyathevan’s lover was, but the clever Vallavarayan had always sidestepped. By the time they reached Kodikkarai, the jealousy had turned into pure hatred. Poonkuzhali’s closeness to Vandhiyathevan, and her rejection of Pinakapani’s advances infuriated him. We also saw how he had tried to double-cross Vandhiyathevan, but had gotten caught himself, and his tryst in the underground dungeons of Thanjavur.

We might recall that he had been released just a few hours before Princess Kundavai’s visit to Sendhan Amudhan. It had been Nandini who had released Pinakapani. Nandini knew that after his visit to Lanka, Vandhiyathevan would definitely return to Pazhayarai to meet the Princess, and she wanted a trusted spy posted there. It was for this that she had freed Pinakapani. The Chinna Pazhuvettarayar had also promised him that if he brought news about, or could capture Vandhiyathevan, he would be made a senior member of his espionage force.

Pinakapani spent his time loitering around the streets of Pazhayarai, suspecting people and running up to them to look at their faces closely. The people of Pazhayarai began to think he suffered from some mental disorder. Yet, he did not give up.

When Nambi’s procession came into town, he went around the crowd multiple times looking at people with suspicion. He did see Madhuranthakan’s chariot from afar. He even saw a lone horse rider along with the procession, but he could not take a closer look, because they went into the palace quickly.