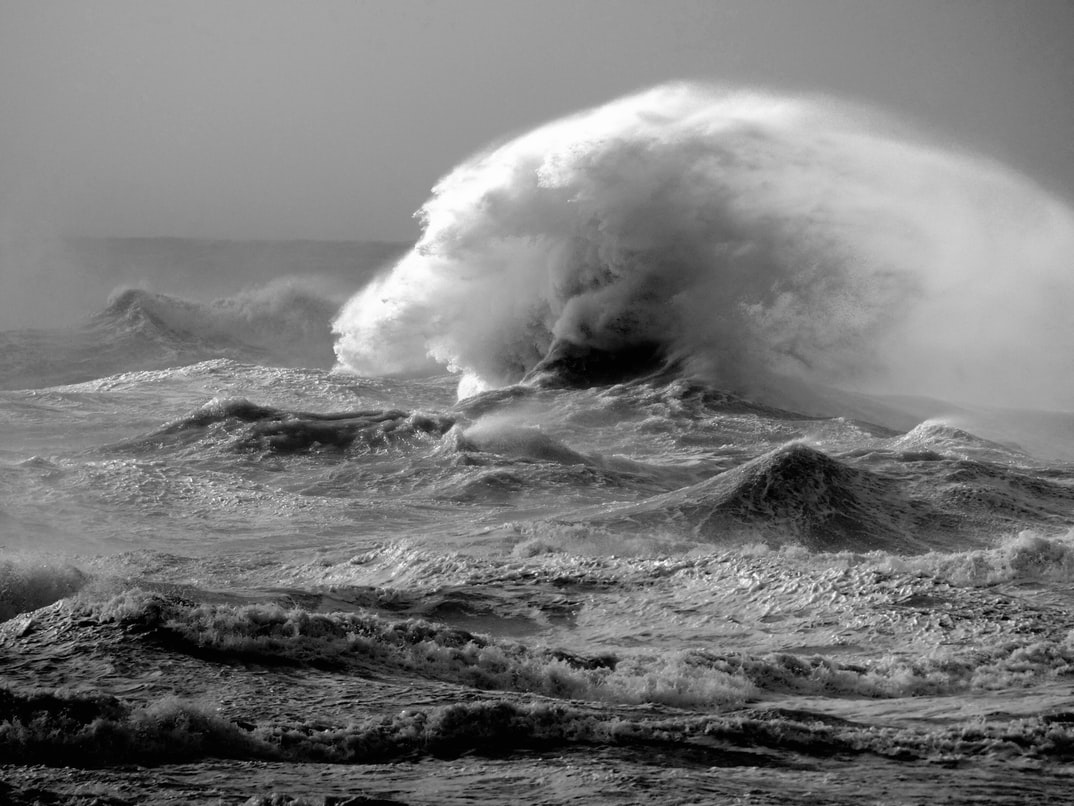 Vandhiyathevan jumped up and grabbed two large swords. He looked up at the sky and screamed.

“Samudra-Rajan is asking for human sacrifice. He wants two brave men. And he wants them now.”

Ravidasan was taken aback for a moment, and then he roared with laughter.

“Thambi, it looks like you are well-versed in theatrics too. Very good performance!”

“Oho, you do not believe me. Let Samudra-Rajan answer you himself.”

Vandhiyathevan swirled his swords in large circles and theatrically looked up to the ocean.

It was perhaps by coincidence, that, at the very next moment, a light breeze blew. A ripple of waves kicked up. Foamy bubbles arose all around the ship. And the ship itself shook momentarily.

Ravidasan and the devaralan looked at each other. “We are in agreement. We will submit to the sacrifice. But we need to pray to our ancestral Gods. Give us half an hour.”

Ravidasan and the devaralan went to the other side of the ship. Vandhiyathevan engrossed himself in watching the horizon. The dark clouds were growing in number. The crimson sky was becoming ominous. The wind had started to blow slightly. The ship rocked gently.

A splash in the water brought him back to his senses. He looked towards where the two of them had gone. They were not to be seen. He ran towards the direction where they had gone. What he saw shocked him. It was something that he had not anticipated. He saw Ravidasan and the devaralan in a small row boat, which had been tied to the ship’s side. They were rowing away from the ship. Ravidasan saw Vandhiyathevan and roared with laughter.

“Thambi! It looks like Samudra-Rajan will get only one sacrifice today.”

Vandhiyathevan had no knowledge of sailing. Absolutely nothing about navigation. He did not even know where the ship was, and which direction it would go. He was doomed.

“God, please help me out of this situation too. You have always given me an escape route from the most difficult of situations. Will I ever be able to meet the Prince again? If and when I do, I need to ask him why he did not take me with him? Is there any reason why he should have taken only Poonkuzhali on the elephant?”

“The General and Nambi had seen my predicament. They saw me get on to this ship. If they had met the Prince later, they would have told him about me. Maybe, the Prince might try to help me.”

By this time, he noticed that the ship had begun to move. The waves were beginning to become higher. The clouds had started covering the whole horizon. Day was beginning to look like night. He could see lightning in the horizon. The wind filled the sails and they fluttered with a great flapping sound.

He looked towards the direction of the small boat. It was nowhere to be seen. The boat probably caught a good current and the stormy waves took care of the rest.

Vandhiyathevan had heard before, that during these cyclonic storms, it was best not to have the sails unfurled, for they could get damaged badly. But getting the sails down was not an easy task. It requires up to ten people to do it. The ship was rocking violently by now.

Something hard fell on his shoulder. He turned around. He could not see any one. He looked down. It looked like a white rock. Within seconds, more such rocks fell on his head and shoulders. He caught one, and was amazed to see it was ice. It was a hail storm. He had never been in one before. For a brief moment, his heart jumped with joy. What an experience. As suddenly as the hail storm had started, it ended. Rain fell in torrents. The waves lashed against the deck. Vandhiyathevan admired the work of the Chozhan ship builders. However much the rain poured, however much the waves lashed, the water poured back into the sea.

The lightning was drawing complex fractal designs on the sky. The thunder was even more frightening. The sea tossed the ship like a cork. The ship withstood the storm magically. How much longer would the ship last?

The rain seemed to ease a little bit. But the thunder and lightning did not. Suddenly, a flash of lightning struck. Vandhiyathevan shut his eyes tight, but the lightning seemed to have struck very close by. The thunder seemed to tear his ear drums apart. He was shaking, as he hugged the mast tightly. All of a sudden, he heard a different sound. He also smelt something.

Slowly he opened his eyes and looked upward. The lightning had struck the mast, and the sail was on fire. He thought to himself – it looks like the God of Fire (Agni) has achieved what the Gods of Rain (Varuna) and Wind (Vayu) could not do!