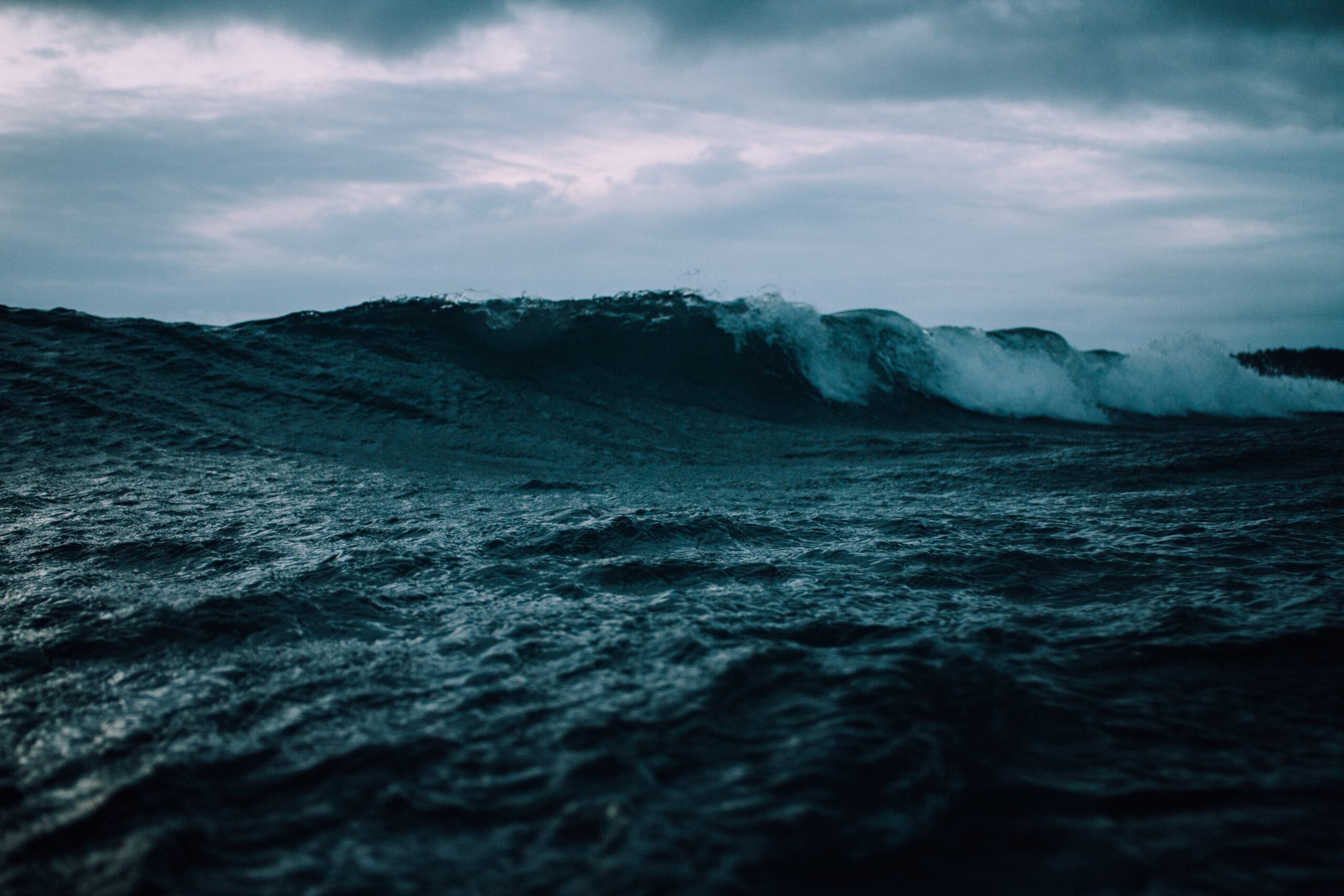 Parthibendran was surprised to see the Prince riding in a small boat towards his ship. A thousand questions arose in his mind. Why would the Prince be riding alone towards him now?

The Prince jumped aboard the ship, and before Parthibendran could ask any questions, the Prince quickly summarised the happenings.

“Parthibendrare, we need to go and save Vandhiyathevan from the Arabs.”

“Prince, I have always felt that Vandhiyathevan’s biggest enemy is his short temper and lack of thinking. See what it has landed him into this time. Anyway, we cannot let our man be captured by these Arab people.”

Parthibendran walked over to his ship’s captain and issued orders to search for the captured ship.

The wind was strong, and the captain was confident that he could catch up with the other ship before evening. But this situation did not last long. Suddenly the wind stopped. The air became very humid. The heat became unbearable. The sails drooped, and the ship just stopped moving. There was an unsettling, uncomfortable calm.

“Sire, there is a storm brewing. This is the calm before the storm. The absolute lack of wind is an indication that the storm is going to be very rough. It will be here by evening.”

“Captain, does that mean we will not be able to catch the other ship?”

“Sire, the Wind God does not play favourites. I am sure that the other ship will face exactly the same consequences as us.”

The Prince worried about Vandhiyathevan. Poonkuzhali’s face also flashed in his mind’s eye.

In the other ship, Vandhiyathevan was still tied up in the bottom galley. He was cursing himself for his foolishness. His mind wandered between the futility of the situation, and the wish to escape somehow. He realised that his hands were not as tightly tied as the rest of his body. Perhaps he could roll over to the corner of the room, where there were some sharp knives. Maybe he could cut the ropes loose. But, how would he ever get out of this room? And even if he did, how could he handle these brutal Arab sailors?

He suddenly realised that the ship had stopped moving. The humidity increased. Vandhiyathevan’s patience was running out. He slowly rolled to his left, towards the knives. He stretched his hands towards the knives, and just at that moment, he heard footsteps. He pulled back his hands.

The magician and his friend walked into the room.

“How is the sea journey treating you?”

“I am feeling very thirsty. Can I please get some water?”

“Yes. We are feeling thirsty too. These Arab idiots do not have any water on the ship.”

The friend spoke up. “Dei, do you remember me? Do you remember the Devaraattam at Kadambur? Kali wants blood. She wants the blood of a Prince whose family has ruled continuously for a thousand years.”

Vandhiyathevan remembered. “Oh, that was you! Your voice did seem familiar.”

The two of them roared in laughter. “We came for the Prince in Lanka, but we couldn’t get him. We thought we would at least send Nambi back to Vaikuntam. That didn’t happen either. I am glad that we got at least you. We will sacrifice you when we get to land. Goddess Kali will have to be satisfied with a vassal king’s descendant’s blood.”

“If you want that to happen, you must give me water now. Else, by the time we reach land, I would have already died of thirst.”

“But, there is no water on this ship.”

“Are you not a magician? Do something.”

“Hmm, yes. I have invoked my magic already. Do you notice that the ship is not moving? There is going to be a great storm before nightfall. We will let you on to the top deck, if you will listen to what we tell you. You can then drink all the rain water you can.”

“What is it that you want?”

“We want to kill these stupid Arab people. They want to sail to Kalinga. We want to be dropped off at Kodikkarai or Nagapattinam. They are refusing.”

“But they are six hefty brutish men. And we are only three.”

Vandhiyathevan thought for a moment.

“Thambi, why are you thinking?”

“I will not be a part of this. Killing someone who is sleeping, is not the right thing to do. I will never do it. It is the mark of cowardice.”

Ravidasan and the devaralan took their knives out and went back to the upper deck. But this time, they did not lock the door behind them. Vandhiyathevan quickly reached out his hands and started using one of the knives to cut the ropes that bound his wrists. He jumped up and ran to the end of the room, where there was a bunch of coconuts. He broke one of them and drank the delicious coconut water. He then picked a long sword from the knives. He heard two splashes in the water outside. His guess was right. Two of the men had been neutralised and thrown into the water. There was commotion on the upper deck.

When the two Arabs heard two splashes in the water, they turned around to see what had happened to their comrades. Ravidasan and the devaralan took this opportunity to quickly finish them off.

The victorious three people sat down and rested for a bit. They had the ship to themselves.

“You killed sleeping people. This is not something that righteous warriors do. How can I believe you? Also, who are you?”

“Devarala, let us tell this lad the truth. Either he joins us, or we push him into the sea. It should be safe.”

“Listen, thambi. We are part of the bodyguard forces of Veerapandiyan. We had pledged our life to protect him.”

“But, you were unable to do that. Prince Aditya Karikalan finished off Veerapandiyan.”

Ravidasan roared, “And how did he do that? He killed him in front of a woman. A woman who pleaded for his life. He kicked her, beheaded him, and took the head back to Thanjavur.”

Ravidasan bristled when he said the name, Thanjavur. “We will bring that city down.”

“All that is past. Veerapandiyan is dead. What are you going to do now?”

“Yes. He is dead. Even my magic is not powerful enough to bring him back from the dead. But we will not forgive the one who killed him. We will kill each and every one in his family, and until then, we will not rest.”

“After the entire Chozha royalty has been killed, then what?”

“Our Queen will tell us whom to anoint as the Emperor.”

“Yes. Our Queen – who is now posing as the Pazhuvoor Queen in Thanjavur.”

“He is also Chozha royalty. We will finish him also off.”

“We only need his wealth. And then we will finish him also.”

“Oho! So that is what the Pazhuvoor Queen is up to, in Thanjavur.”

“We initially thought she had betrayed us, because she could not protect the Pandiya King. But then, she has also pledged her life to avenge the death of Veerapandiyan. She has been keeping her word. Without her help, we could not have come so far.”

Vandhiyathevan was determined to get more information from these two. “But, you have not attained much so far.”

Ravidasan roared, “Wait and see. You will realise.”

“Ravidasa, I think you have told him enough. He has not replied to our question yet.”

“Thambi, will you join us or not? Who knows, maybe if you are lucky, you might be the one that the Queen anoints as the Emperor.”

If it had been a few years ago, Vandhiyathevan would have gladly agreed to this proposal. But now, he distracted them with another question. He had several people trusting him. He recalled the calm smile of the Princess Kundavai and the embrace of the Prince. How could he betray them?

“I would never join you. I am indebted to the Chozha kingdom and I have sworn my loyalty to it.”

“Then, it would have to be a watery grave for you, my friend.”