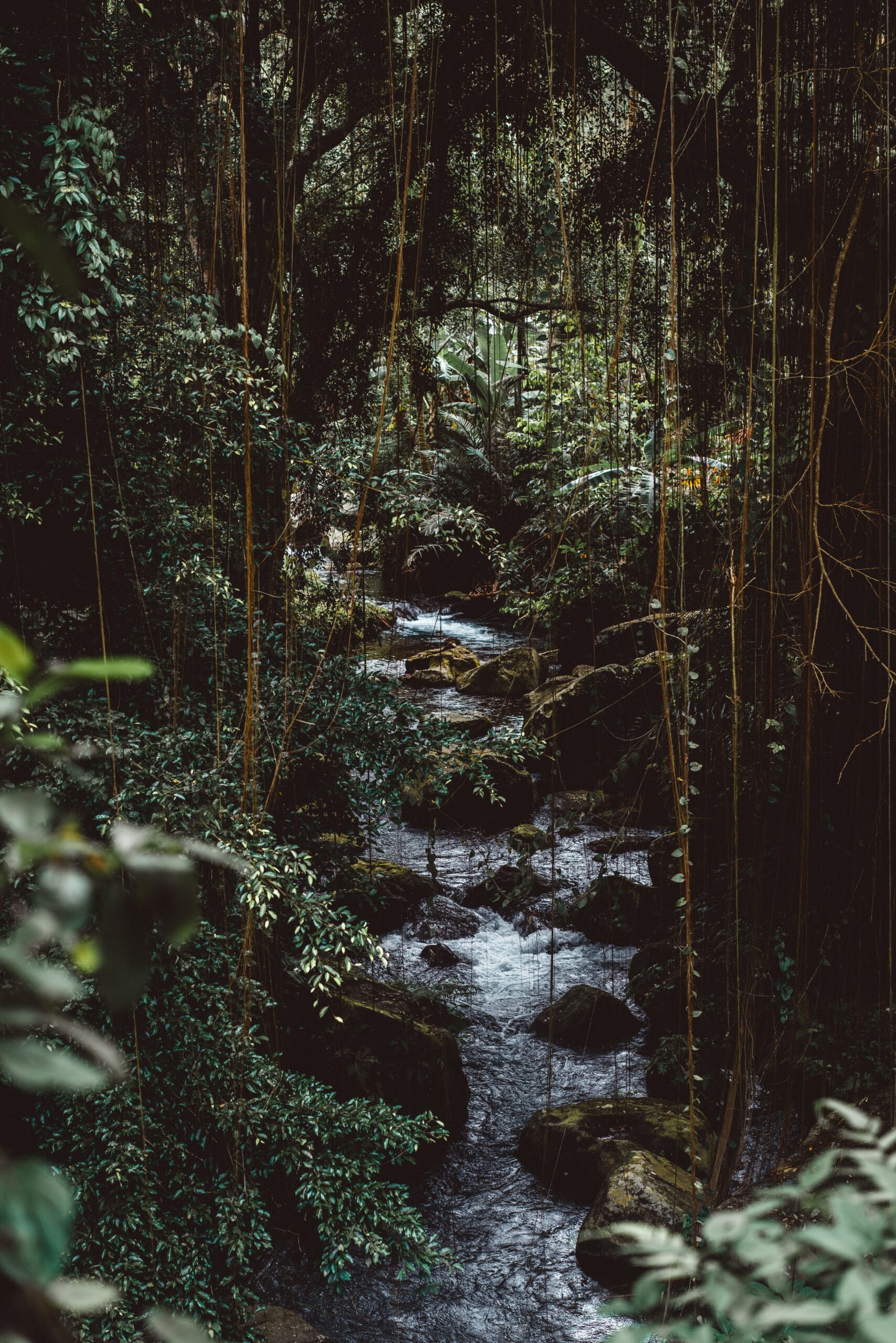 The General then took Parthibendran aside, and spoke to him in private. He proceeded to give instructions to several of his commanders.

Parthibendran came up to the Prince and requested permission to depart.

“I am returning to Kanchi empty-handed. I have failed Karikalan’s orders, for which he is going to be very upset with me. But, I will not blame myself for this. You are being very adamant in your decision. To that, all the people gathered here are witnesses.”

“Parthibendrare, would you want to leave in such a hurry? Why don’t you also accompany the General and me to the Thondaiman river estuary.”

“I will never subject myself to that action. I cannot see you getting captured. My ship is anchored in Trikonamalai. I will need to board it and get back to Kanchi as soon as possible.”

Vandhiyathevan was startled, “No. I would like to accompany the Prince.”

Parthibendran replied, “Very well. But you would regret not having come with me.”

Parthibendran got on to his horse and rode away with a few soldiers.

Vandhiyathevan looked at Nambi, “Sire, why did he say that I would regret not going with him? Do you understand what is going on here?”

Nambi thought for a moment and said, “I don’t know, but I am guessing that it has to do with something that Parthibendran and the General were secretly talking about.”

“The General has his own plans. You do know that he is from Kodumbalur, do you not? Do you know that a girl from his family lives in Thanjavur?”

“Of course. Vanathi Devi is the closest friend of the Princess.”

“The General has always wanted to get Vanathi married to the Prince. Hence, he had colluded with the Buddhist monks to make him Emperor of Lanka. This news had reached Thanjavur. That is the reason why Aniruddha Brahmarayar had sent me here with the message to refuse the throne. “

The General then proceeded to disperse his troops in different directions. He kept with him four of his best soldiers. They rode in front, followed by the General, the Prince, Nambi and Vandhiyathevan, on some fine thoroughbred horses. Behind them rode Poonkuzhali on a majestic elephant with a howdah and a mahout.

For a little while, the convoy went through the main roads, but it was getting very tedious and crowded. People crowded wherever possible and greeted their beloved Prince. They raised slogans of praise about the Prince and the General. The crowds slowed down the journey. The General and the Prince decided to take the jungle route instead. After riding a little while, they came across a beautiful lotus pond. On the banks of the pond was a large group of people. When enquired, the General found out that these village folks had somehow gotten to know that the Prince was passing their way, and had prepared to meet him and pay their respects. They had also prepared a grand feast that the Prince could not refuse.

The chief of the village requested the Prince to become ruler of Lanka. He stated that his people had not had a just ruler for a very long time. He claimed that all the people of Lanka, be it the Sinhalese, the Tamils, the Shaivites or the Buddhists, wanted the Prince to rule Lanka.

Nambi looked at Vandhiyathevan and whispered, “Don’t you see? It is all the handiwork of the General. I also think that this might be a ploy to delay this journey as much as possible.”

The Prince did not look pleased at all. Vandhiyathevan could see anger in the eyes of the Prince. Poonkuzhali was sitting at a distance on the farther bank of the pond. She had not gotten even a minute with the Prince. She looked sad. A thousand thoughts filled her mind. Suddenly she realised that there was a knife right next to her. She also realised that it was her own knife, which Vandhiyathevan had flung at the bushes earlier in the day. How did it come here? Was it meant for the Prince, but missed its target? She just felt glad that she got her knife back. She slid into a daydream about the knife, which having missed the target, had hit her heart instead. She dreamt of the Prince running towards her and taking her on his lap. She dreamt of the Prince crying out and repenting as to why she had succumbed instead of him. She shook herself out of her reverie and laughed loudly at her own dream.

Vandhiyathevan rushed towards her, “Why are you laughing? The Prince is already angry that the journey is getting delayed. Please get ready to leave.”

She ran to the elephant and climbed onto it. The convoy resumed its journey.

After a little while, there was an unexpected incident. An arrow whizzed past the Prince’s head. The Prince spun his horse around and escaped it. The arrow hit Nambi’s turban. The General quickly barked orders to his men to search for the person who had shot the arrow. The men soon returned, unable to find anyone in the thick jungle.

The Prince then had an idea. “You all know that I am an expert mahout. I can even understand and speak to elephants. I would like to ride as the mahout and the mahout take my place on the horse. I think this will increase the chances of reaching Thanjavur alive.”

The General tried resisting this idea, but the Prince had made up his mind. The mahout was made to come down and the Prince got on to the elephant.

“Samudra-Kumari – I hope you do not mind riding on the same elephant as me.”

“Oh Prince! It is my good fortune to be riding with you. I am blessed.”

“I hope you are not afraid of riding on elephants. They do sometimes run wild.”

One could see the happiness on Poonkuzhali’s face.

“Poonkuzhali – where have you left your boat?”

“On the other side of the elephant crossing strait. The tide was low, and I swam through it to reach here.”

“Would you be afraid if we crossed the strait on elephant-back?”

“Of course not. Even if you push me into the ocean, I would not be afraid. Am I not Samudra-Kumari? It was you who named me so.”

“Ok. Let us cross over to where your boat is, and then we will have to go by your boat. I hope you will be able to ride the boat with the two of us?”

“I have been riding the ocean since I was ten years old. Didn’t your friend tell you how we crossed the ocean together?”

“Yes. Vandhiyathevan did tell me. But, we would need to be very fast today. We need to get to the estuary as fast as possible.”

“Oh, Prince! Why are you doing this to me? I came to help you escape from these evil people. Now, you are asking me to take you to them.”

“You do know about the Emperor being very unwell. He may die any moment. In the unfortunate circumstance that he does, I do not want him to leave thinking that I betrayed him.”

“The Emperor would never think of you like that. All this is the evil work of the Pazhuvettarayars.”

“Let it be so. In which case, I would like to prove my innocence to them as well.”

The Prince continued, “Honestly, I do not want the throne – of Lanka or of Thanjavur. I just want to head out to sea. Travel to unknown lands. Talk to new people. Explore the world.”

She chuckled, “What a surprise! Those are exactly what I dream of, all the time. Would you take me along, whenever you go on these wondrous travels?”

“First, let me finish the duties that I have in front of me.”

He turned towards her and pointed to two pieces of rope on either side of the howdah. “Hold on to these ropes tightly and if possible, tie them around you.”

“Why would you want me to do so, Prince?”

“This elephant is going to run amok.”

Saying so, he reached out to the elephant and patted its forehead. He then leaned towards its ear and said something.

The elephant suddenly trumpeted loudly and started running wildly. It did not care for the trees and branches in front of it. The earth shook. Frightened birds shrieked and flew out of the way. Small animals scurried out of the way. Poonkuzhali felt fear envelop her.

“Uh oh,” exclaimed the General. “The elephant has run amok. I warned the Prince enough about this, but he did not listen.”

The elephant outran the convoy and headed straight towards the elephant crossing strait. It was almost as if it knew the way. Well, it did know the way.